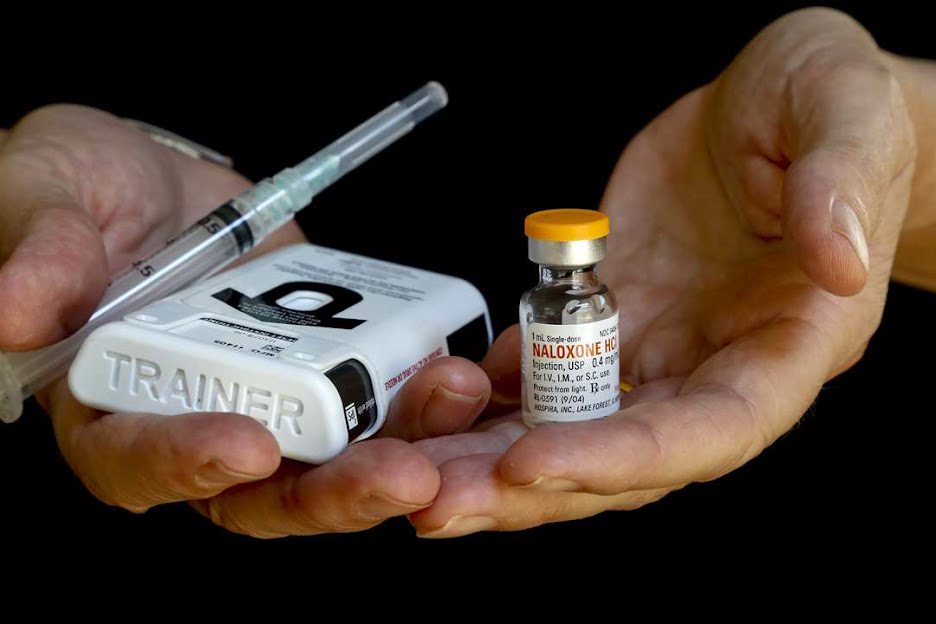 Industrial Design students and faculty members have contributed to a project that provides bystander rescuers with immediate means to administer naloxone.

As a designer, Claudia Rébola’s intentions are clear—and urgent. “I apply my skills to designing interventions that have a real impact for the populations I serve,” the former Industrial Design professor says. Through a human-centered approach to addressing issues of aging, ability and more, she hopes to improve the public good in every way she can.

The project actually began in 2016 as a collaboration between Capraro and Associate Professor Soojung Ham, a fellow Industrial Design faculty member who led a group of undergraduate students in an independent study project during the early phases of product development. Once Rébola got involved earlier this year (while still teaching at RISD), she and Capraro received an initial grant of approximately $5,000 from the Rhode Island Department of Health (RIDOH) to launch a pilot program to install 48 of the boxes (each containing four doses of the lifesaving medicine) in high-risk facilities throughout the state.

In early June the duo installed the first 10 boxes at Amos House, a social services agency in Providence that serves more than 15,000 people a year. “We need to have all the tools available to give people a shot at life,” says Amos House Executive Director Eileen Hayes, who believes that a community-based approach to saving overdose victims is long overdue. With its red-and-white design resembling a traditional first aid kit, the NaloxBox includes Arduino-based smart components that alert the unit owner via text message once a box is opened. At a cost of just under $100 to manufacture, each box also contains administration instructions, treatment information and a mask that helps people deliver rescue breaths.

“We’re creating capacity that doesn’t exist yet,” says Capraro, who hopes to be able to expand the program beyond high-risk sites and populations. “The first step,” Rébola points out, “is to get medicine to people” in need and increase public awareness of an increasingly pervasive problem. Towards that end, the Associated Press, US News, NBC-10 and other local and national news outlets covered the installation at Amos House—which has led to new opportunities for expanding the NaloxBox program.

Since the pilot program got off the ground, several governmental and nonprofit organizations have approached Rébola and Capraro, who are attempting to meet increased demand with the help of a second RIDOH grant and new funding avenues. “I wasn’t prepared to think about releasing 500 to 1,000 units per year,” Rébola admits, adding that as a result she has turned to refining the design with an eye toward further reducing costs and making it easier for partnering organizations to restock the NaloxBox on site.

In the meantime, Rébola and Capraro continue to work on a business plan with the nonprofit accelerator Social Enterprise Greenhouse and advisor Aidan Petrie MID 85, another ID faculty member and cofounder of the medical device design firm Ximedica. Ultimately the team hopes to launch NaloxBox nationwide in high-traffic areas (like bars and nightclubs) and in places like pharmacies, where both risk and the opportunity for public education are high.

Students collaborate with members of a local retirement community in designing solutions to social issues associated with aging.