Andy Ristaino is a cartoonist and artist who has been working in the field of animation since graduating from RISD’s Film/Animation/Video department in 1997. With a natural curiosity for all aspects of storytelling, he became an animation jack of all trades, designing, storyboarding and writing for such clients as Disney, Nickelodeon, Blue Sky, Viz, LeapFrog and Cartoon Network. In 2013 he won an Emmy for Outstanding Individual Achievement in Character Design for his work on the breakout show Adventure Time. He has given talks all around the world on his experiences working as a character designer and about finding inspiration in the natural world. Ristaino has gone on to publish several graphic novels of his own personal work, including a successfully funded Kickstarter campaign for his book Night of the Living Vidiots. He recently finished illustrating an educational graphic novel on the digestive system as part of First Second’s Science Comics series, due out in fall 2020. 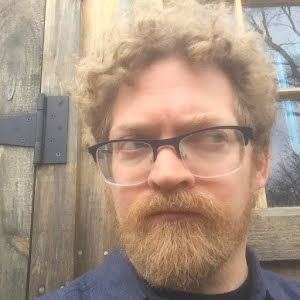