Gerald Glaser joined the faculty at RISD in 1981 and began teaching courses in visual perception, exploring the connections between the science of human vision and the perception of art and design. His research focuses on the science of human visual perception, specifically the perception of color, space, form and motion. In the early 1990s he became interested in medical and clinical issues in human vision and earned his OD degree in 1996 from the New England College of Optometry in Boston. In addition to teaching courses at RISD, he currently directs a busy optometry practice in Warwick, RI. 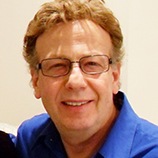