Jackson Davidow studies art, visual culture and media of the 20th and 21st centuries from a transnational perspective, with a focus on histories and theories of political activism, science, health, pedagogy and globalization. Rather than concentrating on singular authors, his research and teaching seek to uncover complex narratives about networks of cultural production. He analyzes the ways in which cultural programs, ideas and identities emerge from, travel across and negotiate various institutions, geographies, publics and spaces, especially those thought to be beyond the realm of the aesthetic.

A great deal of Davidow’s work examines visual and spatial articulations of queerness in relation to constructs of the global and the postmodern. His scholarship and teaching foreground critical approaches to identity and representation with regard to gender, sexuality, race, dis/ability and post-coloniality. His work is also informed by debates on writing history from the vantage point of the global South.

Davidow received his PhD in September 2019 from the History, Theory and Criticism of Art and Architecture program at MIT. His scholarship has appeared in American Art and the important anthology Otherwise: Imagining Queer Feminist Art Histories. Over the past year, Davidow has been a junior fellow at the Paul Mellon Centre for Studies in British Art, the Howard Tanenbaum fellow at the Ryerson Image Centre and the Photographic Arts Council—Los Angeles research fellow at the Center for Creative Photography. Recently he co-organized Future Genders, the Max Wasserman Forum on Contemporary Art at the MIT List Visual Arts Center. 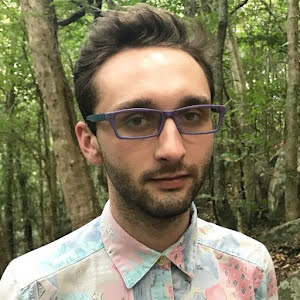