James Goggin is an immigrant graphic designer from London via Sydney, Stockholm, Copenhagen, Auckland, Arnhem and Chicago. He received his MA in Graphic Design from the Royal College of Art and founded a design practice named Practise in London with his partner Shan James upon graduation in 1999. The studio now continues to operate from Providence, with work in the academic, architectural, civic, cultural and publishing fields across Asia, Australasia, Europe and North America.

Recent research, writing and projects have explored cultural identity (personal, national and institutional); the multidisciplinary scope of historical and contemporary graphic design practice; the codification and commodification of color in popular culture; the continued relevance – and fluid definitions – of “print” in a digital age; and the position of graphic design as an integral part of museum and cultural institution programs.

In parallel with Practise, Goggin has worked as a long-term consultant to Tate Modern and Tate Britain; art director of the avant-garde British music magazine The Wire; and director of Design, Publishing and New Media at the Museum of Contemporary Art Chicago. He also designs type for various projects and clients, with a number of fonts available through Swiss type foundry Lineto. He previously taught at Werkplaats Typografie in Arnhem, The Netherlands, and at Ecole cantonale d’art de Lausanne (ECAL) in Switzerland. Between 2012 and 2016 he served as a visiting thesis critic for RISD MFA Graphic Design.

Goggin has exhibited at museums and institutions worldwide and run workshops, lectured and served as critic at architecture, art and design schools in Europe, the US and Asia. He contributes writing to a range of international publications and journals and serves on the editorial board of Chicago-based architecture magazine Flat Out. He is a member of Alliance Graphique Internationale and has works included in the permanent collections of the Victoria & Albert Museum, the Art Institute of Chicago and the Chicago Design Archive. 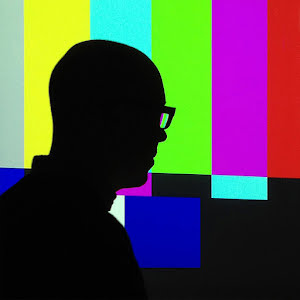