Jeffrey Poland has degrees in philosophy of science (PhD, MIT 1983) and clinical psychology (MA, Southern Connecticut State University 1982). In addition to having extensive clinical experience in inpatient psychiatric rehabilitation, he has held academic positions at Colgate University and the University of Nebraska-Lincoln. Currently, he teaches in the Department of History, Philosophy, and the Social Sciences at RISD and in the Science and Society Program at Brown. Courses include: Neuroethics, Science and Religion, Science and Social Controversy, and Controversial Issues in Abnormal Psychology.

Poland’s primary research interests concern the nature of mental illness and problems with contemporary approaches to psychiatric classification, research and clinical practice. Other research interests focus on philosophical materialism and the unity of science and on issues concerning the place of science in society. He is author of Physicalism: The Philosophical Foundations (Oxford University Press 1994), co-author (with William Spaulding and Mary Sullivan) of Treatment and Rehabilitation of Severe Mental Illness (Guilford 2003), co-editor (with William Spaulding and William Shuart) of Modeling Complex Systems: Motivation, Cognition and Social Processes (University of Nebraska Press 2007), and co-editor (with George Graham) of Addiction and Responsibility (The MIT Press 2011). Articles include: Problems with the DSM Approach to Classification of Psychopathology (1994), How to Move Beyond the Concept of Schizophrenia (2007) and Mapping the Domain of Mental Illness (with Barbara Von Eckardt, 2013). Current projects include: Model-Based Neuroscience Approaches to Computational Psychiatry: Clustering and Classification (with Thomas Wiecki and Michael Frank),and Topics in Philosophy of Science: Psychiatric Classification and Research (with Serife Tekin). With Jennifer Radden, he co-edits the book series, Philosophical Psychopathology, at The MIT Press. 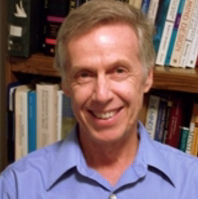