Since joining the RISD Museum in September 2011, John W. Smith has devoted his attention to strengthening the museum's relationship with the college and the community, expanding access through more free admission policies, overseeing the design and development of new online initiatives, and expanding the museum's curatorial expertise.

From 2006-11, Smith served as director of the Smithsonian Institution's Archives of American Art, the world's leading research center devoted to the study of the visual arts of America. During his tenure, the archives undertook a major initiative to increase online access to the collection. He also established its first programs for publications and traveling exhibitions.

Prior to his work for the Smithsonian, Smith worked for 11 years at the Andy Warhol Museum in Pittsburgh, PA, serving as assistant director for collections, exhibitions and research, and as interim director from 1995-96. While at the Warhol Museum, he organized numerous exhibitions and published extensively on Warhol and his circle.

In addition, Smith served as chief archivist at the Art Institute of Chicago (1990–94), visiting archivist at the Royal Opera House in Covent Garden, London (1991) and as founding curator of special collections and archives at the Chicago Park District (1988–90). Smith earned a BA in English at Southern Illinois University and did graduate work at the University of Illinois. 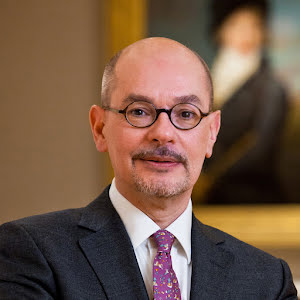