Kate Bergstrom is a director and performance artist whose eclectic work has been seen at Ars Nova, Rattlestick, REDCAT, UCLAlive!, Highways Performance Space, UCLA, La Mama Umbria, Theatre at Monmouth and LACMA and has been featured in Performance Magazine, Anatomy Riot, ITCH dance journal and more. As founding artistic director of On the Verge Summer Repertory Company in Santa Barbara, CA, she has directed, devised and produced dozens of queer, strange and provocative new plays and was named the 2016 Central Coast BroadwayWorld.com’s Person to Watch.

As an MFA-directing candidate at Brown University/Trinity Rep, Bergstrom’s projects have included The Children’s Hour: A Queer Explosion (an operetta for Granoff Center for the Arts), The Taming of the Shrew, Erin Courtney’s A Map of Virtue and Guillermo Calderón’s Neva as well as convenings around her Explosions from the Other Canon project. As an actor, her work ranges from Troilus and Cressida for OSF’s Play On! to UCLALive’s Medea with Annette Bening.

In 2013 Bergstrom conceived and directed Wholed, a multimedia performance about Alexander Haig at REDCAT/Walt Disney Concert Hall. She rebuilt and headed the theater department at Laguna Blanca School from 2012–15 and also lead Stripped Scripts, a new play development company. Other directing credits include Three Days of Rain and Enchanted April for Theater at Monmouth and Michael Perlman’s West Coast premiere of At the Table for On The Verge (Best Play 2017, Broadwayworld.com).

Recently, Bergstrom directed Julia Izumi’s world premiere Sometimes the Rain at Brown University and Caridad Svich’s Red Bike for Rattlestick Theatre Jam. She co-created, directed and performed in HOTBOX for Ars Nova’s Ant Fest and joined the Ojai Playwrights Conference as an associate artist. She earned her BA at UCLA’s School of Theater, Film and Television. 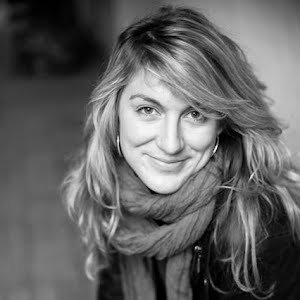