Kim Wickham specializes in contemporary fiction, with special research interests in works that engage creatively with realism. She is interested in how such works may be mobilized for the purpose of social change. Her background in comparative literature gives her a rich and varied knowledge base of international as well as Anglo-centric literature and theory. She has worked extensively in a wide array of genres, including fantasy and African American literature, drawing extensively from science fiction, fantasy and horror with a focus on how marginalized voices join the literary landscape. She has published an article on the work of Kara Walker and is interested in how departures from consensus reality offer new and innovative ways of confronting the traumatic.

Wickham’s dissertation, Questing Feminism: Narrative Tension and Magical Women in Modern Fantasy, argues that as genre fiction, epic fantasy is heavily influenced by certain narrative structures and character types, most notably the hero and his quest. Unfortunately, these generic habits also work to contain powerful female characters. As a genre that has often struggled with robust depictions of female characters, epic fantasy is an ideal genre to undergo rigorous feminist analysis. More so, this critical approach is both timely and of vital importance as the pop cultural visibility of this genre continues to grow. In order to demonstrate this, her point of intervention is the magical woman, a character who has access to great power through magic, but who is often contained or subsumed under the hero’s quest. She is currently working on projects that interrogate the archetypal female hero in Lois McMaster Bujold’s Paladin of Souls, as well as the way in which fantasy, re-memory, and second person narration work together in N.K. Jemisin’s The Broken Earth trilogy. 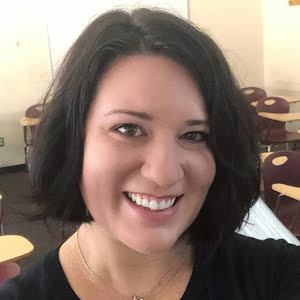