K. Funmilayo Aileru, also known as wacklikethat, is an emerging interdisciplinary artist, designer and performer. Ze employs a variety of mediums including digital media, sculpture and installation to access themes such as [ancestral] memory, trauma and otherness. An Afro-futurist, much of hir work ruminates on the historical and present relationship between technology and marked bodies in the West. Aileru attempts to reconstruct this paradigm via collective imagination and future narrative writing.

Aileru received hir MFA in Digital + Media from RISD in 2017. In 2014 ze received hir BA in Media Culture Studies and Media Arts from Hampshire College. Currently Aileru is the adjunct film artist in residence at the Trinity Academy for the Performing Arts, a critic in RISD’s Sculpture department and a digital media instructor at AS220 Youth.

K. Funmilayo Aileru was born and raised in South Providence, RI where ze currently lives and works as a teaching and freelance artist, as well as a curator. 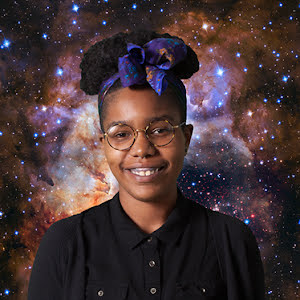