Martin Beck is a philosopher, author and curator based in Berlin, Germany. He holds a research and teaching position in the design department at the University of the Arts (UdK) in Berlin and is currently a visiting instructor at RISD for the fall 2019 semester.

Beck earned his master’s degree in philosophy and comparative literature from Freie Universität Berlin, where he also completed his PhD thesis on the theory of image practices in the philosophies of Kant and Hegel. He was a fellow at the research training center Visibility and Visualization at Potsdam University and cooperation fellow in the Art, Science, Business program at the Academy Schloss Solitude in Stuttgart. He was involved in a research project on Kant’s theory of geometry, which was funded by the German Research Foundation (DFG), and has published many philosophical essays and reviews in publications such as Figurationen, Hegel-Studien and South as a State of Mind in addition to contributing to numerous anthologies and catalogues. In his curatorial practice, Beck he has co-curated a nine-month independent exhibition project in Berlin funded by the Capital Cultural Fund and worked with institutions like the Berlinale Forum Expanded, Halle für Kunst Lüneburg and most recently the Heidelberger Kunstverein, where he co-curated a show on puberty as a model for contemporary culture (2017).

Beck’s research focuses on the links between media practices and embodied experience, epistemology and metaphysics and how their transformation can give rise to alternative models of thought. He believes that philosophical practices and art + design practices share common concerns and, by working together, can enrich each other through their distinct perspectives and methodologies. 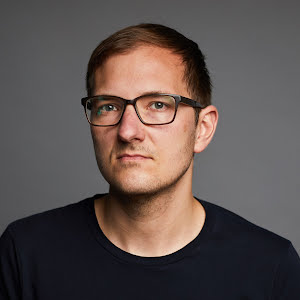