A native of California, Megan Finch has an ambivalent relationship with New England winter. She came to RISD in spring 2017 from Brandeis University, where she continues to teach. Her teaching experience ranges from summer college writing courses to ELL classes and topic-based (post-apocalyptic and dystopian fiction) writing instruction to first-year college courses on the relationship between race, writing and nation in the works of James Baldwin, Toni Morrison and Philip Roth.

Finch’s primary research interests are in the fields of literature of the American south and African American literature. In particular, she is interested in the relationship between literature and national identity and the impact of racial science on naturalism both inside and outside the African American literary canon. Beyond these areas of formal training, she is interested in dystopian and post-apocalyptic fiction, particularly as a lens through which to view the present. Current projects include an article on reevaluating Toni Morrison’s The Bluest Eye in terms of 1970s Black Nationalism and a dissertation attempting to bridge the often explicitly racist US naturalism of the early 20th century and the African American protest fiction of the 1940s. 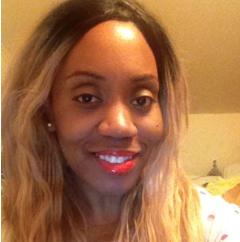