Sara Jordenö is a filmmaker, visual artist and researcher whose work resides in the intersection of art, activism, visual ethnography and cinema. Born in Sweden, Jordenö is active in Europe and the US, working with film, video and installation, as well as text and drawing/animation. Her projects often engage with groups and communities facing different types of marginalization and portray strategies for survival and agency.

Jordenö directed the documentary feature film KIKI about a youth-led social movement for LGBTQ+ youth of color in NYC. It was the product of a close collaboration with community leader Twiggy Pucci Garcon and other members of the NYC Kiki scene. KIKI premiered in the US documentary competition at the Sundance Film Festival in 2016 and went on to screen at more than 80 film festivals around the world, earning the Teddy Award for Best Documentary Film at the Berlin International Film Festival, the Kathleen Bryan Edwards Award for Human Rights at the Full Frame Documentary Festival and a nomination for the 2017 Film Independent Spirit Truer Than Fiction award. KIKI had theatrical releases in Sweden, the USand the UK, as well as on streaming platforms.

Jordenö is the recipient of an Art Matter Award (2012). Her films and video installations have been shown internationally at venues such as Moderna Museet, Stockholm, Bildmuseet, Umeå, Malmö Konstmuseum, the Walker Art Center, Minneapolis and the Kitchen and MoMA PS1 in NYC. Her work has been commissioned by, among others, the Gothenburg International Biennial of Contemporary Art, Printed Matter and the Fifth Berlin Biennale. DIAMOND PEOPLE, a recent commission for the Public Art Agency in Sweden, is a public artwork in the form of a documentary film and in-situ screening/discussion with the former employees of a now-closed diamond factory in a small town in northern Sweden. It documents the symbiosis between the community and the factory, the appointed shame of being employed by De Beers, the South African company that operated the factory for 50 years, and the crisis during the final closure.

Jordenö has been an educator for 15 years and finds immense inspiration and enjoyment from being in close dialogue with students and faculty from a multiplicity of backgrounds and areas of interests. She joined the RISD faculty in 2018. 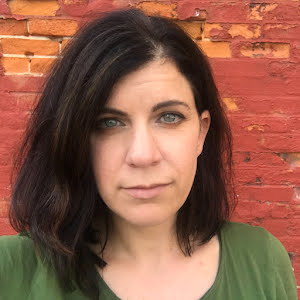