Theo Ellin Ballew (deepest known matronym Srebrna or Silver) writes short fictional poetic prose, some of which she codes to move. Her mobile writing has been shown internationally, and her static writing has appeared in Juked, 3AM, Bone Bouquet and elsewhere; much of both can be accessed via her website. Ballew is the founder and director of ORAL.pub, a bilingual (Spanish and English) magazine that publishes web-based language art. She holds a BA in Literature from Yale and an MFA in Digital Language Arts from Brown. Her work may: imagine digital privacy within digital connection, engage future-myth-making via virtual environments, musically define internality, spur revolution against big tech, bring attention to the subconscious (or algorithm-obscured) of the internet, and/or question our online habits of physical and mental self-healthcare. She is deeply concerned with accessibility/legibility and works variously to bring art, literature and code to a broader audience. Ballew has gone home to Los Angeles, Baltimore, Cincinnati, Scottsdale, Tempe, Fresno, Phoenix, Salt Lake City, New Haven, Cambridge, Dallas, Brooklyn, Denver and Mexico City, in roughly that order. She currently lives in Providence. 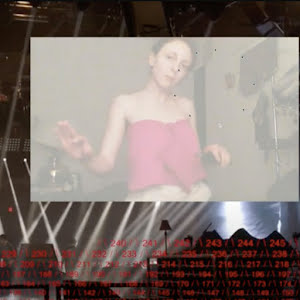