Timothy Geraghty is an experimental filmmaker whose recent work explores the creative and artistic potential of 3D filmmaking through anaglyph technology. His films have been screened at the prestigious Anthology Film Archives in an evening devoted to his work and at the Rotterdam International Film Festival, BAM Cinematek, the London Institute of Contemporary Art, Migrating Forms Festival, Flaherty NYC, Microscope Gallery and the International Film Festival Oberhausen. He also edited the experimental “5D” psychedelia- and surrealism-inspired film Imponderable, which screened at the Museum of Modern Art in 2017. The 2018 documentary The Unicorn, which he co-created with Isabelle Dupuis, recently won the Grand Prize and MUBI award at the F.A.M.E. festival in Paris. 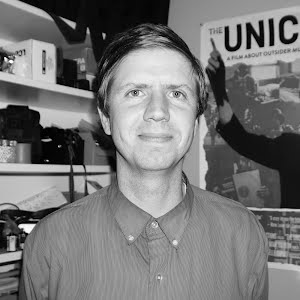