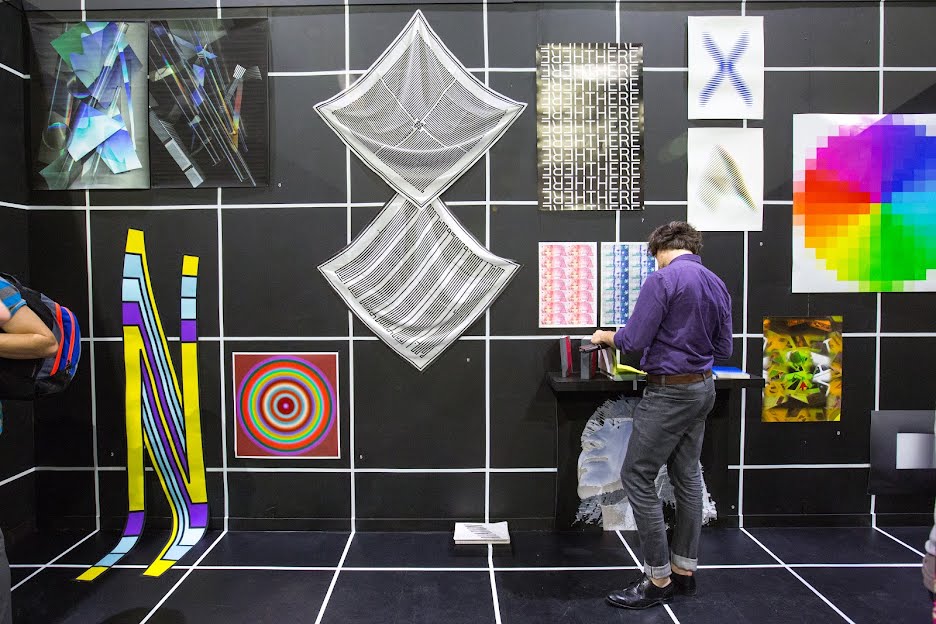 Graphic Design at RISD provides a comprehensive education that pushes on the boundaries of the discipline. Students learn how to communicate ideas visually, play with the tools of the field, frame points of view and messages, build community and embrace a fluid, networked culture. Faculty support these explorations and encourage ambitious ideas along with a mastery of traditional practices.

In the studio students learn the fundamental value of typography, imagery, grids, systems and more in the course of creating everything from traditional books, posters, logos and websites to apps, interactive texts and other digital media.

Winning 2020 proposals for RISD Museum installations on hold since last March are finally coming to fruition.

Graphic Design sophomores get outside for an embodied lesson in type design.

Designing for the Future of Mobility

Graphic Design graduates leave RISD prepared to work in almost any field imaginable — from education to film, television, publishing, retail and more. Alumni follow a wide range of individual paths, including running their own design studios, working for large corporations, specializing in web and interactive media, and creating everything from package design to title sequences for film and television.

Recognized by Fast Company as one of the 50 most influential designers in America, Nick Felton first sparked an explosion of interest in the field of information graphics in 2005 through his groundbreaking Personal Annual Reports, which weave mundane everyday events in his own life into a complex data trove of charts, maps and statistics. In addition to being a lead designer of Facebook's timeline, Felton cofounded daytum.com and developed Reporter, an iPhone app designed to help users record and visualize subtle aspects of their lives. His work is included in the permanent collection at MoMA.

Michael Rock is a founding partner and creative director at the leading global design consultancy 2x4, where he leads a wide range of projects for clients such as Barneys, Prada, Nike, Kanye West, Harvard and CCTV. He also directs the Graphic Architecture Project at the Columbia University Graduate School of Architecture, Planning and Preservation and writes design-focused articles for a wide range of publications. A past recipient of the Rome Prize in Design from the American Academy in Rome, Rock now serves on the academy’s board.

After graduation Jessica Walsh worked at Pentagram and Print magazine, while freelancing for AIGA, I.D. magazine, Technology Review and The New York Times, among others. Her work has won recognition in leading competitions, with Computer Arts citing her as a Top Rising Star in Design and the Art Directors Club naming her a Young Gun in its annual round-up of promising new talent. To top it off, in 2012 revered designer Stefan Sagmeister invited her to become a partner in his firm, which is now known as Sagmeister & Walsh.