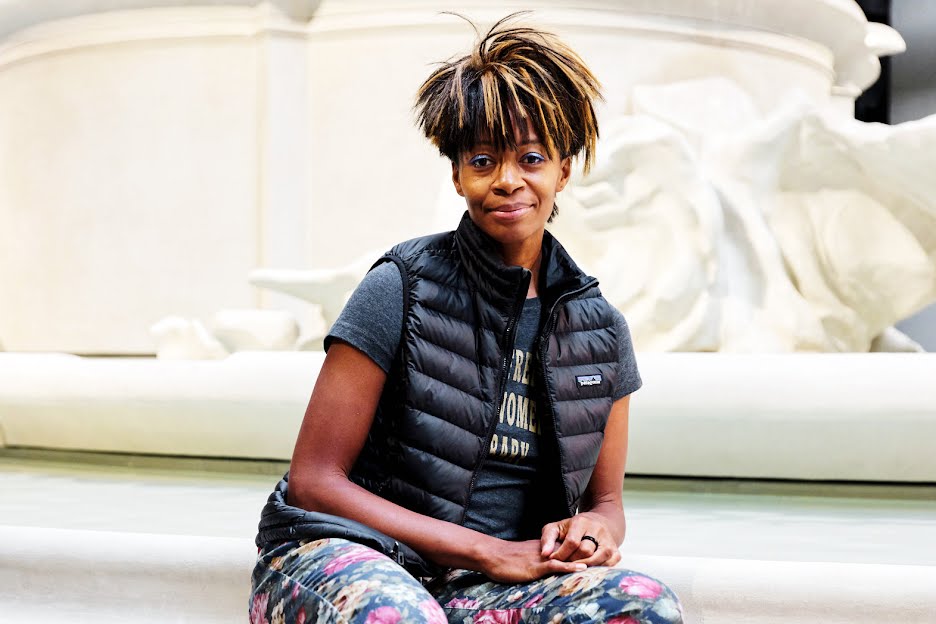 As almost every media outlet imaginable sums up the year and/or the decade, a number of RISD people are popping up in the best-of lists that are emerging as 2019 comes to a close.

Among the highlights, Kara Walker MFA 94 PT/PR is cited in Artsy’s short list of The Most Influential Artists of 2019.

Since her Fons Americanus installation opened this fall at the Tate Modern in London, people have been deeply moved by the massive indoor fountain and its multilayered commentary on race, power, inequality and all that ails us in the US.

“Always transformative and urgent, Walker never hesitates to push and reinvent herself in order to arrive at the most prescient modes of expression,” writes Alina Cohen.

Her elaborate, 40-foot-tall sculptural installation “reaffirms [her] position as one of the boldest, most ambitious artists working today.”

Walker also earned the #2 spot on ARTnews’ roundup of The Most Important Artworks of the 2010s for her mind-blowing piece from 2014 called A Subtlety, or the Marvelous Sugar Baby.

“It was an indictment of the enduring vestiges of racial exploitation, blown up to discomfiting scale,” notes Tessa Solomon. “Though it was destroyed at the end of its run, it remains an indelible, unforgettable work—a piece people will be talking and arguing about for decades to come.”

ARTnews also selected (Female figure), a totally disconcerting, life-sized robot by Jordan Wolfson 03 SC, as among the leading artworks of the 2010s.

“Being alone with her was like being in one of those nightmares where whatever horrific things you’ve repressed have congealed into the monster who has it in for you,” notes Sarah Douglas.

The incredible, multitalented artist Nicole Eisenman 89 PT also made ARTnews' list for producing one of the most important works of the decade.

“Having long been known best as a painter, [she] has recently become one of our finest sculptors," writes Claire Selvin.

In an Artsy roundup of The Best Public Art of 2019, the endlessly inventive artist Jenny Holzer MFA 77 PT is cited for Vigil, a text projection that scrolled across Rockefeller Center after dark, reminding New Yorkers and the millions of other people who visit Manhattan every evening of the toll gun violence takes on American society.

“I have always loved Holzer’s acerbic and potent aphorisms that take the tempo of our times,” notes curator Natalie King.

Three exhibitions featuring work by alumni made Hyperallergic’s 2019 list of the top-10 shows in Brooklyn. In I am fertile ground, which was on view earlier this fall in the Catacombs at Green-Wood Cemetery, Janine Antoni MFA 89 PT presented photographs of her own body and those of loved ones.

“Dramatically lit from skylights above the darkened spaces of these historical vaults, the works are reminiscent of medieval reliquaries, Eastern Orthodox icons or personal devotional objects,” writes Laura Raicovich. “Antoni’s project connects mortality, desire, intimacy, and the ways in which absence and longing are a fundamental part of life.”

The celebratory yet poignant show Maddy Parrasch & Emma Soucek—on view last spring and early summer at Safe Gallery—presented the interplay of work by two close friends who met at RISD: Maddy Parrasch 19 PT, who died in a car accident during her senior year at RISD, and Emma Soucek 18 PT, who remains forever changed by their friendship.

“Often yielding abstractions of startling visual joy,” writes Louis Block, “the work matched the creative fervor of its disparate inspirations—Legos, Giotto’s frescoes—and offered an important reminder: technology has not put an end to alchemy, it has merely changed its language.”

One: Do Ho Suh, which ran from fall 2018 through early May 2019 at the Brooklyn Museum, struck a chord with everyone who understands and empathizes with notions of displacement, immigration and nomadic lifestyles.

Born in Seoul and now based in London and NYC, Do Ho Suh 94 PT has earned an international reputation for his signature translucent silk installations exploring notions of home.

“Walking through One at the Brooklyn Museum this year was like being confronted with all of New York City’s ghosts,” notes Iliana Novick.

In the publishing realm, NBC News selected Tiny Feet Between the Mountains, the debut picture book by Hanna Cha 17 IL, for its 2019 list of 13 Best Asian American Children’s and Young Adult Books.

In addition to noting the “striking illustrations” she frequently posts on social media, the network notes that Cha’s new book “incorporates aspects of Korean mythology while also celebrating the power of young girls.”

Saturday, the second picture book from Oge Mora 16 IL, follows her Caldecott Honor-winning debut Thank You, Omu! Its warm story and brilliant use of cut paper illustrations earned it a place on both Publishers Weekly’s Most Anticipated Children's Books of Fall 2019 and the Fall 2019 Kids' Indie Next List.

“It’s exploring [the life of] a single parent, it’s exploring an African American child’s navigation through the world, but it’s not about that,” notes children’s book author Matt de la Peña. “We’re starting to see what I call Diversity 2.0, which is: Here’s a character who is diverse in a story that isn’t overtly about diversity.”

And the book edited by Center for Arts & Language Director Jennifer Liese and released in 2016 has earned a place on The Best Art Books of the Decade list compiled by ARTnews.

Called Social Medium: Artists Writing, 2000–2015, it’s a “funky sampler of recent writings by artists” that blurs the boundaries between creating and commenting on art.

When Macarthur Award-winning artist Kara Walker MFA 94 PT/PR returned to RISD for an open conversation, students were hungry to hear her thoughts.