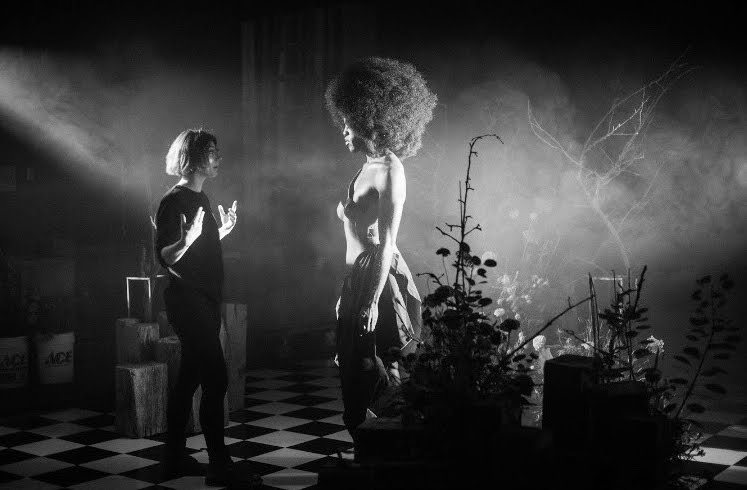 Georden West (left) provides direction on the set of Patron Saint, an experimental short that won a 2019 Student Academy Award.

The film, which West completed as a grad student at Emerson College in Boston, presents religion and history as queer deities wearing Osterholm’s wild designs.

“I’m incredibly grateful to have worked with Jamall, who is making groundbreaking designs that elevate bodies and identities with an innovation that inspired and built a world for Patron Saint to exist in,” says West. “I am excited to showcase queer media that is magical and experimental.”

Since graduating from RISD two years ago, Osterholm has shown his collections at New York Fashion Week and New England Styleweek, and in early 2019 competed on the Bravo TV reality show Project Runway.

He thinks of his work as “under the scope of futurism/science fiction” and points out that “queer people of color have been creating our culture forever without being acknowledged or credited.