Seven artists and designers from RISD are recognized in the annual roundup of young entrepreneurs. 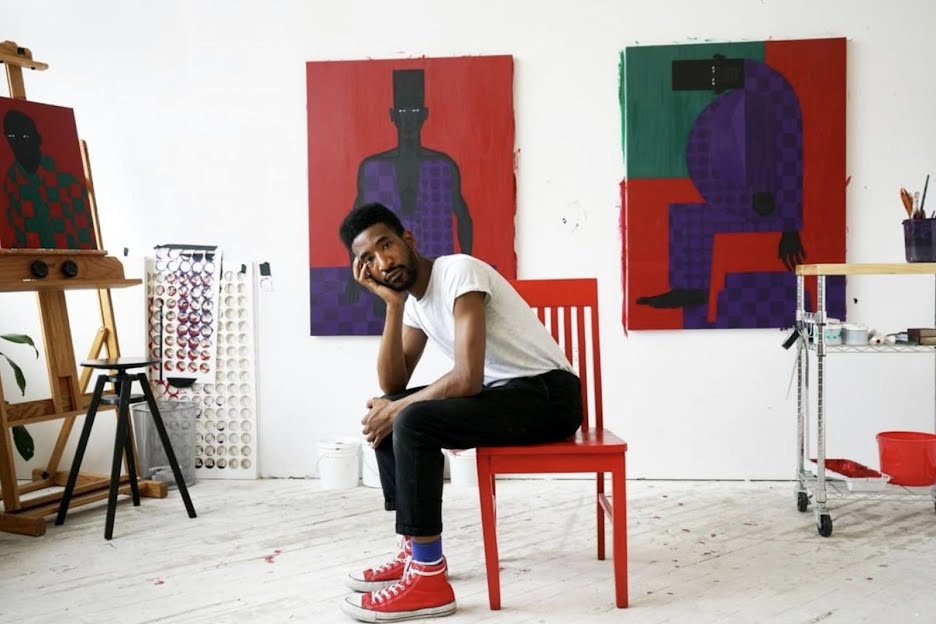 Jon Key 13 GD has earned recognition for his design work with Morcos Key and activism through Codify Art.

Seven RISD alumni are included in the new 30 Under 30 roundup Forbes publishes every year—a highly anticipated survey of the most promising entrepreneurs under 30 years old working in the US.

“The young, creative and bold minds on this year’s 30 Under 30 list are proof positive that the future will be new, exciting and profoundly different,” the Forbes editors note. After culling through 15,000 nominations, they selected 30 “revolutionaries” in each of 20 areas of specialty who are “changing the course—and the face—of business and society.”

Artist Kehinde Wiley, a RISD honorary degree recipient, served as one of three judges in this year’s Art & Style grouping, where four of the 30 individuals cited are graduates of RISD’s Illustration, Photography and Graphic Design departments and one is a current grad student in Painting.

Born in Ecuador and now based in New York City, Marly Gallardo 15 IL has quickly made a name for herself in the competitive world of freelance illustration by successfully leveraging the power of Instagram and producing seductive commercial and editorial work for clients such as Adobe, Apple, Microsoft, Netflix and The New York Times, among others.

“It’s a tremendous honor to be featured among so many other incredibly talented and diverse young people,” Johnson wrote after learning of the Forbes accolade. She’s now pursuing a graduate degree at the University of Virginia in Charlottesville.

RISD grad student Jarrett Key MFA 20 PT and their twin brother Jon grew up in rural Alabama and recently cofounded Codify Art, a collective dedicated to showcasing multidisciplinary work by artists of color, with an emphasis on women, queer and trans artists.

Jon Key 13 GD also earned Forbes recognition for his forward-leaning work with both Codify Art and Morcos Key, his Brooklyn-based design startup with Wael Morcos MFA 13 GD. Together they’re already making an impact on the field through work for Bloomberg Businessweek, the Cooper Hewitt, Nike and other high-profile clients.

After working with Pixar, Stefan Sagmeister and as part of the Google Five, NYC-based artist Saad Moosajee 16 GD has been making a noticeable impact as a director, animator and designer.

His remarkable music videos for artists such as Mitski in 2018 and Thom Yorke (of Radiohead) in 2019 are adding to his growing reputation for innovation.

In the Games category, Carrie Witt 12 IL stands out for her work at Owlchemy Labs, a VR-focused creative studio in Austin, TX.

Having joined the company as an intern, her enviable title is now “Art Director, Senior Artist and Cat Whisperer.” Bringing her “unique style of art and Witt-iness to the table,” she also has “a Deep Appreciation of emojis” and is notorious among her coworkers for a “spicy food tolerance [that] exceeds [that of] most sane humans.”

In addition, Minali Chatani 13 GD earned 30 Under 30 recognition in the Retail & Ecommerce realm for cofounding and serving as brand lead for the burgeoning pet products company Wild One. The company—which pledges to do “good while doing well,” in part by “thinking sustainably and bringing awareness to animal rescue”—has already nabbed distribution deals with retailers like Nordstrom, Bloomingdale’s and CB2.

“We want to make our customers happier, our community stronger and the future a bit brighter,” Chatani proclaims.

It’s a sentiment shared by many of the other 30 Under 30 entrepreneurs on the Forbes 2020 list, who—the editors note—also apparently share the drive to work an average of 66 hours a week.

Brooklyn-based illustrator Marly Gallardo recently completed a poster designed to bring RISD to the attention of high school students across the country.