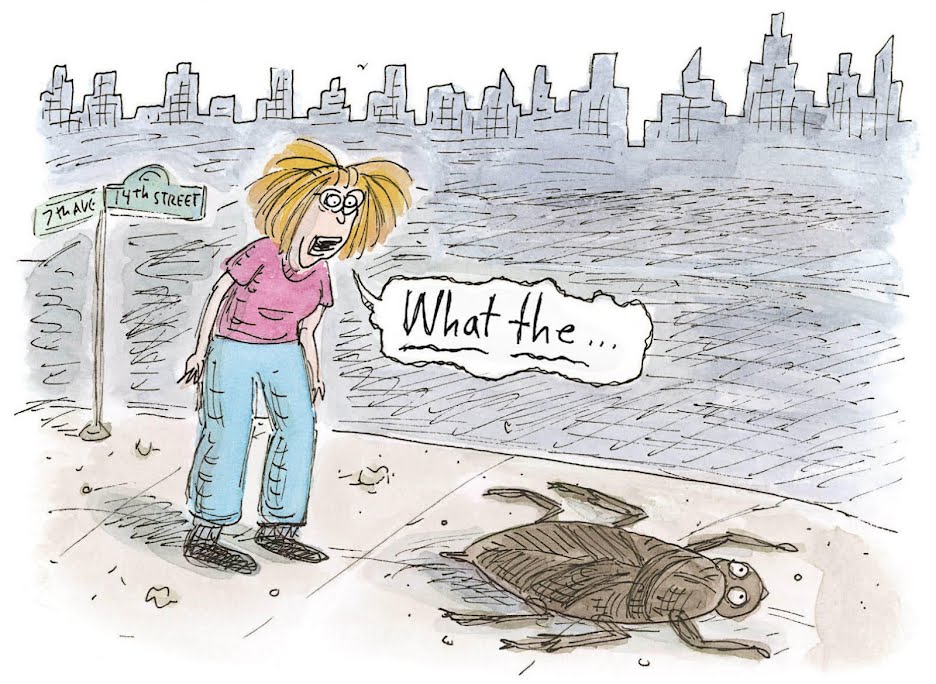 from Chast’s recent book Going Into Town: A Love Letter to New York

“I think making jokes is always a way of being subversive without being directly confrontational,” cartoonist Roz Chast 77 PT tells her friend and New Yorker colleague Adam Gopnik. His beautifully crafted profile of her appears in the magazine’s 'cartoon takeover' issue (December 30, 2019).

“When someone’s being a jerk or a bully or an asshole," Chast continues, “I don’t really have the courage to go up to that person and say, ‘You’re a bully and an asshole!’... [but] it’s my fantasy to do that.”

In the four decades since she graduated from RISD, Chast “has done what few comic artists do,” writes Gopnik (who also holds a RISD degree, albeit an honorary one he accepted in 2015).

“She has created a universe that stands at sharp angles from the one we know, being both distinctly hers and recognizably ours.”

Gopnik goes on to describe Chast’s high-anxiety yet strangely reassuring world as one focused on “the receding New York middle class: scuffed-up apartments, grimy walls, round-shouldered men perched on ratty armchairs and frizzy-haired women in old-fashioned skirts… marked by a shared stigmata of anxiety above their eyes.

The style in which they are drawn is as deliberately threadbare (‘clunky’ is Chast’s own word for it) as the scenes themselves, a thing of quick, broken lines, spidery lettering and much uneasy blank space.”

In the piece, Gopnik points out that Chast’s “fluent, hyperconscious vibe is more like that of a novelist than a comedian. Told casually that she has a novelist’s sensibility, she asks, warily, what that might be.

‘Truth-telling and story above all else,’ a friend explains. She accedes enthusiastically, in abruptly bitten-off words. ‘Oh. Yeah. Absolutely. That.’”

With the 2014 release of her latest book Can’t We Talk About Something More Pleasant?, cartoonist Roz Chast 77 PT hit a nerve with readers across the country.