Here in RI | Headed for Despair

Professor Mike Fink muses on metaphorical meanings and the poetry of things close at hand. 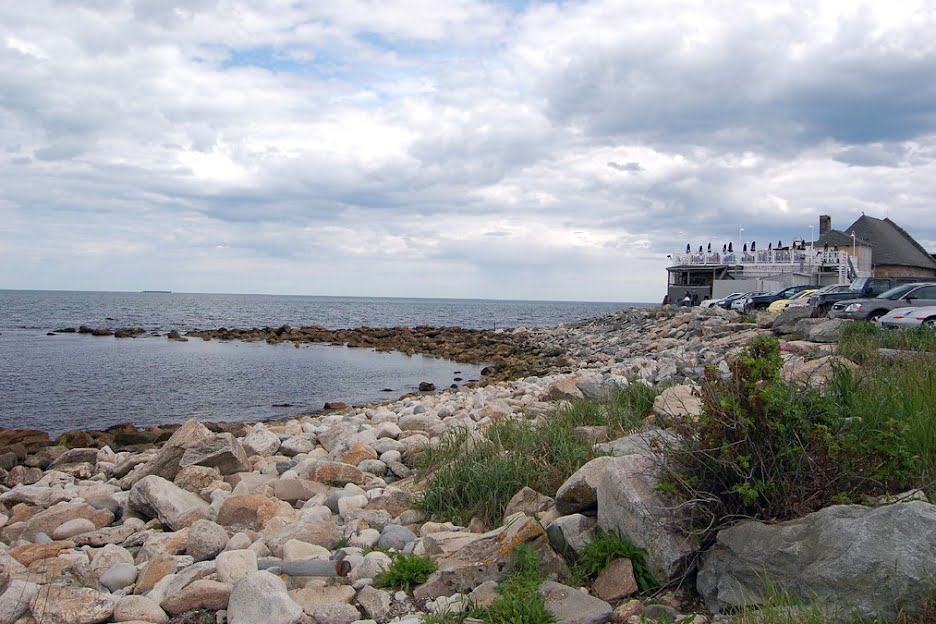 It's off the coast of Hope, which is green. You can find Hope if you first pass Patience and Prudence. But be careful: if the moon is full and the tide is high, you just might hit the rock of hopelessness—of Despair.

It was our poetic pioneer Roger Williams who named the islands (as well as the streets and mounds or mountains) as allegories, or metaphors. You could travel the atlas of the whole wide world just by paddling your canoe close to the boundaries of the Bay here in the Ocean State (or back then, the ocean colony).

As a Rhode Island recalcitrant rebel, I like the bumper sticker that claims “I never leave Rhode Island.” Actually, I do make my voyages, but I am aware of the pollution that idle travel can leave in its wake. I mean, the airports built on former farmland, the migrating birds and butterflies disturbed by the jet planes, their speed and their racket…. and the highways with their roadkill. A kayak kills nothing!

Even though I am a teacher—a critic of verse—I see poetry in things, not words. So I have planned a pilgrimage to the island called Despair—and not for the first time.

I have visited this dark and dangerous boulder more than once, but I wanted a souvenir, a reminder, a pebble to add to my clutter of memorabilia on some shelf or mantel.

The trouble with maps is that Despair is so miniature that even if the word is spelled out on the atlas, the shape of the place is merely an abstract geometric symbol, nothing specific.

It takes a bit of courage to visit this elusive—almost mystical or mythical—mass of stone and moss. Your boat could spring a leak, and there have indeed been deaths due to careless crews. I stare at Narragansett Bay charts framed on the walls of summer houses to check out the way Despair is depicted.

For me the journey from any point in our city/state requires only a ferry ride from Bristol harbor and then the desire to make your way with a few hops and jumps to salute the paradox and “read” the poem of our geography.

You need patience and prudence to get there. You need determination and drive to face the fact that there ain’t much to see once you reach it.

But like our early explorer of the soul Henry David Thoreau, sometimes you can learn most merely by meandering around the block or rowing your wee raft or dinghy.

You can find poetry in things close at hand—and spare the planet, its oceans and forests by leaving them to their own domain.

Everything in Rhode Island is fraught with meaning, from its firmament above to the weeds and wildflowers that tell their own tales.

The poet Ralph Waldo Emerson found a blossom in a woodland and mused, “The self-same Power that brought me there, brought you.”

To Robert Frost, hope is nature’s first green and gold. Despair—like Job in scripture—is the test and the trial, the existential other half of happiness.

Professor Fink has been teaching poetry, journalism and film criticism courses at RISD since 1957 and frequently writes about local discoveries, memorable people and everyday wonders that enrich his life.

images 1 and 4 by NASA Videographer

Murals uncovered through repairs in the Waterman Building—built in 1893 as the first permanent home for the college—point to a former focus at RISD in the 1940s.