Project Open Door teams up with Hasbro to provide area teens with an intensive, all-virtual toy and game design workshop. 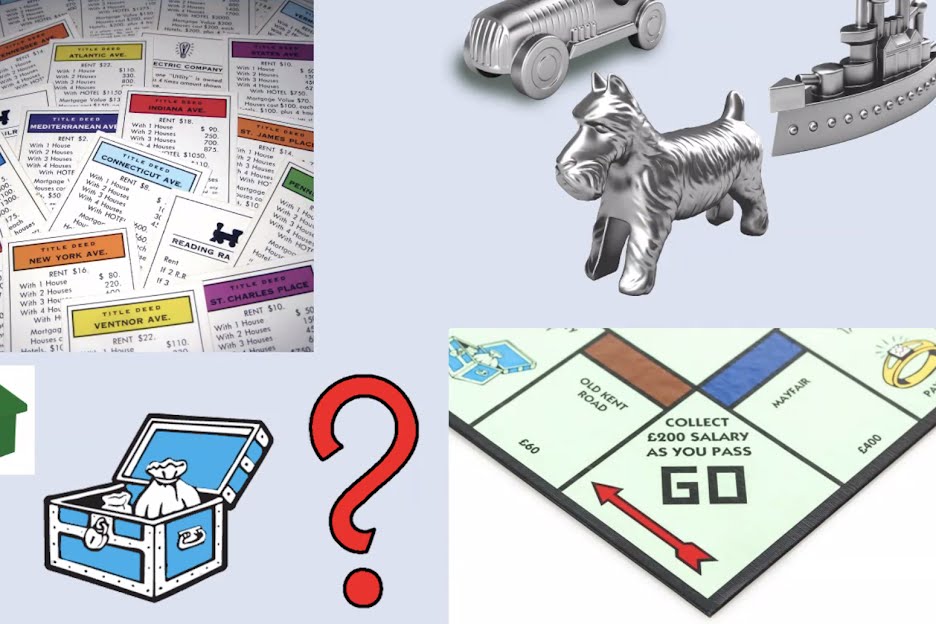 Teens participating in an intensive weeklong studio met the creative minds reinventing such Hasbro classics as Monopoly and Operation.

“My biggest takeaway from the week was learning how much collaborative effort goes into Hasbro designs,” says recent high school graduate Claudia Gomes.

Having spent three years building a relationship with Project Open Door (POD)—RISD’s college access program for underserved teenagers in Rhode Island—the college-bound freshman is reflecting on an intensive toy and game design workshop she completed in late July. It was part of RISD’s partnership with the global play and entertainment company Hasbro, Inc based in Pawtucket, RI.

“This is the fourth Hasbro Summer Design Studio we’ve run, but the first to be conducted entirely online,” explains Professor Paul Sproll, who founded and directs POD and heads the graduate program in Teaching + Learning in Art + Design. “The virtual learning space provided a wonderful opportunity for Hasbro designers to give participating teens constructive and very personalized feedback.”

During the course of the week, each participant created an original character that they then developed for various forms of play—to be used as an action figure, a doll, a character in a board game and so forth. Students were encouraged to focus on concepts rather than perfected sketches and were asked to share their ideas and challenges towards the end of each day via Zoom teleconferencing.

“We introduced them to major design themes and concepts each morning—from brainstorming to making a pitch—with time in the afternoon to complete a daily design challenge,” says Lauren Allen MA 14, POD’s associate director.

Hasbro game designer José Acevedo, who led the session on board game design, was clearly impressed by the thoughtful work the group presented. And he recommended that the burgeoning game designers start at the finish line and work their way backwards, “asking lots of questions along the way and coming up with answers.”

“Our designers were thrilled at the opportunity to participate," says Hasbro’s Jo-ann Perkowski. “Over the course of the week we saw great examples of design thinking and character development, and we hope some of these POD students will pursue a career with Hasbro someday.”

Teens riffed off popular Hasbro games like Monopoly and Operation, adding their own twists based on the characters they created. Rather than buying up properties, Gomes’s characters complete chores to earn points. And rising high school senior Ronen Lesser developed a deck-building adventure game in which players work together to achieve a shared objective.

“Games are all about designing experiences,” says Brian Wilk, Hasbro’s vice president for Design & Development Games. “When you’re designing a game, you have to predict every possible outcome.” As a program mentor, Wilk shared his own experiences in the world of game design and assured teens that studying art and design offers promising professional pathways. “Artists have a vision and are willing to take a stand,” he says, “and companies are always looking for people like that.”

Hasbro designer Dori Santos also reflected on how this experience will contribute to teens’ success as they grow older. “Hearing the thoughts behind the work was key,” she explains. “I encourage students to continue talking about their work and learning from the feedback they receive.”

In addition to the annual summer workshop, Hasbro also contributes to POD’s general operating costs and provides a full scholarship for a POD teen to enroll in RISD’s summer Pre-College Program. And summer design studio participants who go on to study art or design in college are frequently invited back for paid summer internships at Hasbro. In fact, that’s precisely how Acevedo got started at Hasbro after graduating from the Fashion Institute of Technology in NYC.

“In game design, there’s no right or wrong,” Acevedo told students. “And you shouldn’t beat yourself up about your drawing abilities, either. It’s the ideas that are at the heart of the work.”

Thanks to generous support from Hasbro, local high school students benefitted from the opportunity to explore the possibilities of toy and game design at RISD.

Learning to Teach from Home