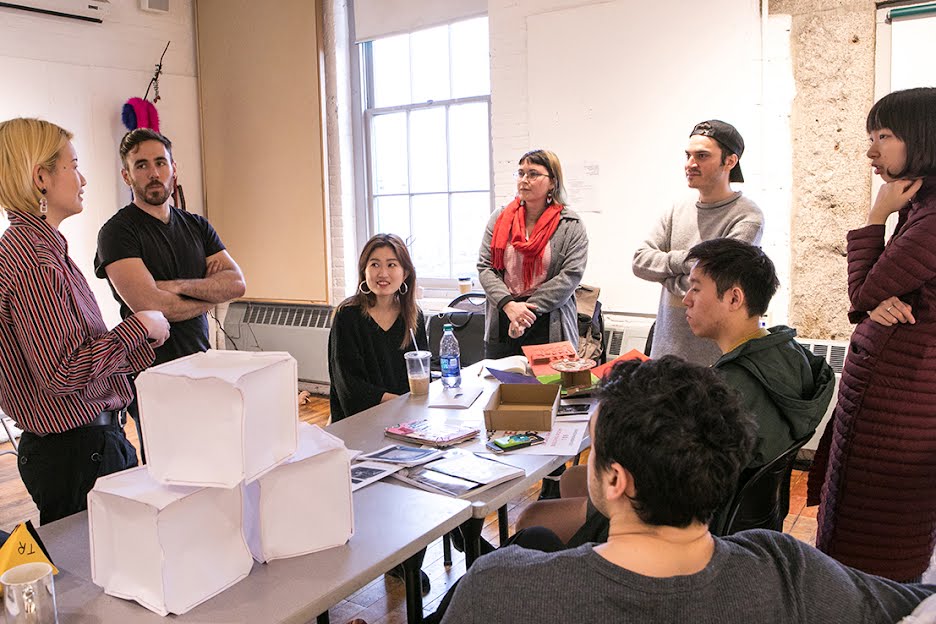 As a grad student in Architecture, Tori Deutch MArch 19 finds herself gauging the role of female architects in a male-dominated profession. But her research into current theory and practice has also led to a larger, more universal question: How do societal views of gender and sexuality shape the space of our everyday lives? One way she has been seeking answers is by developing and teaching a thought-provoking Wintersession course called Queering Space: Toward a Radical Architecture.

Students in the class used drawing, film, collage and other mediums to reflect on how subtle and not-so-subtle expressions of gender norms influence our personal identities and ways of living. They then proposed interventions challenging those conventions.

“This architectural movement began in 2016 with arguments across the country about gender-neutral bathrooms in response to the law North Carolina passed excluding transgender people from using the bathrooms of their choice,” says Deutch. “And it has really taken off from there.”

Readings about queer theory helped students to recognize and “unlearn” mainstream perspectives that are drilled in since birth—beginning with longstanding conventions in American society that blue is for boys and pink is for girls. “This course has been very eye-opening, especially as we began to question all that is decided for us at birth,” says Deutch. “Every day we perform our gender through the way we dress, act and speak, thereby upholding gender norms.”

Students began reflecting on the issue by creating zines and advertisements for the class that they posted around RISD and elsewhere in Providence. They then moved into the realm of 3D, collaboratively conceiving of “queered” spaces that would encourage new forms of interaction.

One group imagined a gallery space housing dozens of small booths, each equipped with a telephone, a webcam and a monitor. “Queerness is often about body language,” says Furniture Design grad student Kit Howland MFA 19 FD. “But in this scenario you’d be speaking to one person and watching another on screen, while someone else is watching you. So there’s a meta-observational element involved.”

At the last class in early February, students presented final projects conveying the ideas they’d been exploring. Some chose to make objects with a queer dimension or flavor, while others focused on spaces or interactions between people. Senior Ernesto Renda 18 PT reflected on the politics of masculinity as represented by hyper-masculine bouncers charged with gatekeeping at many popular nightclubs.

A zine by Lily Huo 19 IA featuring a dog as its protagonist sidesteps the male-female dichotomy (“the dog is not gender-specific,” she notes). Her final installation encourages two people to simultaneously reach through holes cut into a panel so that their hands touch out of sight. The tactile sensation is somewhat jarring. “What I like about the interaction,” noted one student, “is that in a way, the two people involved are sharing a secret.”

Howland’s zine takes the form of a white paper cube stitched together with red thread. It can only be read by tearing it apart. Inside are the words to the classic Walt Whitman poem I Sing the Body Electric. “The simple white cube has no up, down, left or right,” he explains. “An object with no prescribed orientation defies hetero-normity.”

Photography major Qianxue (Sno) Zhao 20 PH created provocative zines and ads that explore domesticity and earlier expectations that women function exclusively as homemakers. “What can we learn from vintage advertisements?” she asks. Women in the 1950s and ’60s seemed to spend so much time in the kitchen that their bodies melded with the gadgets and appliances they used. “I call them living kitchen sculptures,” says Zhao.

Mixing It Up During Wintersession

Students in a Wintersession Industrial Design studio conceived of by two grad students made future-focused work inspired by science fiction.