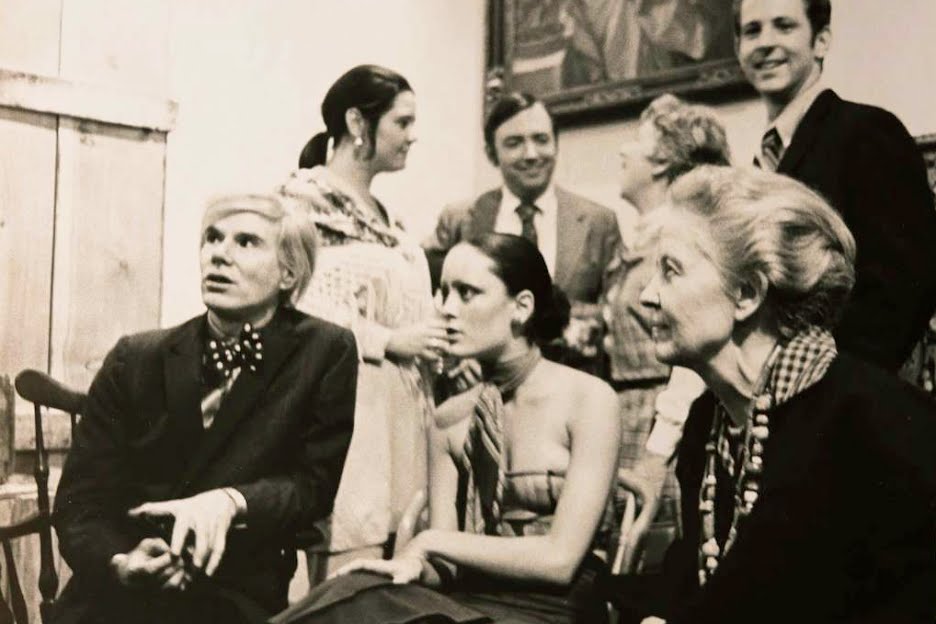 Andy Warhol (left) at Rice University’s Institute for the Arts in Houston, TX, where Raid the Icebox I opened in October 1969. photo by Hickey-Robertson, courtesy of the Menil Collection

Nearly 50 years ago, the RISD Museum presented one of the world’s first artist-curated exhibitions: Raid the Icebox I with Andy Warhol, a landmark show featuring idiosyncratic objects selected from the museum’s basement storage by the iconic American artist. As the title implies, then-Director Daniel Robbins intended it to be the first in a series of artist-curated shows, but perhaps because of the exhibition’s lukewarm reception, further installments were never realized.

Warhol selected objects for Raid the Icebox I with little or no regard for their condition, authenticity or historical status and presented them almost exactly as he originally encountered them in storage. The gallery in which the show was installed was papered in black and lit with three bare lightbulbs. Paintings were stacked against walls and held in place with sandbags. A collection of old shoes was exhibited in a no-nonsense shelving unit brought up from the basement.

“We approached artists with whom we have relationships or would like to have relationships,” explains Sarah Ganz Blythe, deputy director of Exhibitions, Education and Programs. “The RISD Museum is an artists’ museum, so the way that we collaborate with artists is one of our distinguishing features.”

Smith, a Warhol expert who worked in the Andy Warhol Museum for 11 years, explains that 1969 was a transitional year for the artist. He’d been seriously injured in a shooting in 1968, had just launched Interview magazine and was in the process of shifting the focus of his practice from painting to filmmaking. An obsessive collector of everything from shoes to chairs to Native American textiles, Warhol elevated the objects he chose to display, Smith points out, in much the same way he’d elevated the status of drug addicts, drag queens and other “fringe elements” of NYC society.

Houston-based collectors Jean and Dominique de Menil were largely responsible for conceiving of the original exhibition and helping to bring Warhol on board. Molon credits them with transforming the very nature of curatorial practice. He cites significant exhibitions by late conceptual artist Michael Asher, RISD alumna Jenny Holzer MFA 77 PT and sculptor Robert Gober, among others, as clear examples of Raid the Icebox’s long-term influence.

Wilson notes that he was unaware of the show when he put together Mining the Museum, a similarly subversive 1992 intervention at the Maryland Historical Society. “But Warhol was interested, like me, in everyday culture,” he points out. “He saw the importance of things that weren’t considered important at the time.” Wilson likens a museum’s basement to a person’s subconscious and notes that “objects in storage tell you a lot about a museum.”

Fundamentally, the panelists agree, the untrained approach to curation opens minds as it opens museum doors to a wider audience. Next fall we’ll see how contemporary artists of our time use objects from the museum’s permanent collection to express their points of view and tell new stories.