Jess Brown, aka the Lady J, is an entertainer, activist, artist, actor and general gal about town. As a musician in the Extraordinary Rendition Band (ERB) and leader of the Clam Jam Brass Band (a feminist brass party band), she is active in her local community and interested in race politics, social justice, youth education and the arts.

Brown has spent the past five years working as a toy designer at Hasbro, working on all of the beloved brands from your childhood. She was also a contestant on Spike TV’s reality furniture making show Framework hosted by the actor Common. You may have seen her on the front of the New York Post or on CNN during the 2017 Women’s March on Washington.

As a multidisciplinary multimedia spectacle generator, Brown makes work focused on the intersection of race, activism and gender roles in television, media and pop culture. If you ask her to sum up what she does, she would say, “I make shit happen.” 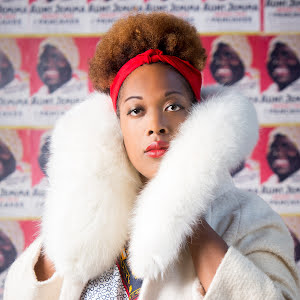