In her work, Joanne Stryker explores the nature of artifacts and human perception through paintings depicting other works of art. Her two-dimensional interpretations of three-dimensional form—sculpture, pottery, friezes—exploit the interplay between various modes of perception, creating intricate still lifes outside the confines of time, place or historical context. “This kind of work is not just critically, but hermeneutically, exciting,” notes art critic Laurence Murphy in Lit Journal. “One form gazing upon another, rising over the horizons of time, creates vital living energy as each work of art leads, suggests, points to the creation of another. As deeply as one can look into the past is as far as one can see into the future—and the result is a fathomless, inward journey of depth.”

Stryker began teaching at the Maryland Institute, College of Art in the late 1970s, after earning her MFA there in 1977. She also spent a year teaching drawing and design at Bowling Green [OH] State University's School of Art before beginning to teach at RISD part-time in 1978. Stryker taught for 12 years as an adjunct faculty member in Foundation Studies and in 1990 accepted a full-time position as an associate professor. She has served as dean of the division since 1996. 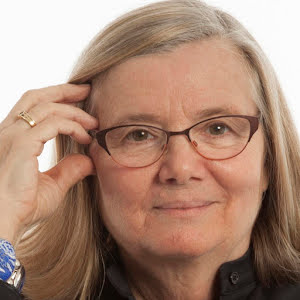