Professor Emeritus Yvonne Andersen was one of the principal architects of RISD’s Film/Animation/Video department. She began her career in the arts as a baritone horn player with a full band scholarship at Louisiana State University but soon changed her course of study to art. Her design teacher encouraged her to study painting during the summers with Hans Hoffman in Provincetown, MA.

After graduation, Andersen returned to Provincetown and created the seminal Sun Gallery with Dominic Falcone, a chef, poet and former navy signalman. The summer gallery work included hosting shows for such artists as Red Grooms and Alex Katz, as well as poetry readings and the first “happening” in the US, featuring experimental live-action and animated films. In the winters, Sun Gallery offered the world’s first animation classes for children, creating films that were screened across the US and internationally.

Teaching became a new art form for Andersen. She wrote books for children and their teachers that enabled them to make their own films and conducted workshops throughout the US. She began teaching at RISD in 1977 and shortly thereafter served as department head, harnessing the energy of diverse faculty and transforming the department from what one student described as “high-energy anarchism” to the powerful and creative team it is today. In 1987 she was awarded the John R. Frazier Award for Excellence in Teaching. 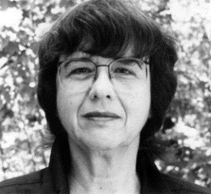