Ann Fessler taught at RISD from 1993–2018. Her audio and video installations, artists’ books, photographs and films have been shown widely in galleries, museums and film festivals since the early 1980s. In 2003 she was awarded a Radcliffe Fellowship at the Radcliffe Institute for Advanced Study at Harvard University to research and conduct interviews with women who lost children to adoption in the 1950s and 60s. The resulting book, The Girls Who Went Away (The Penguin Press), was chosen as one of the top five nonfiction books of 2006 by the National Book Critics Circle and received the Ballard Book Prize, given annually to a female author who makes a significant contribution to the dialogue about women’s rights. In 2012 her film A Girl Like Her was released by Women Make Movies, NY. The film combines footage from educational films and newsreels about dating, sex, “illegitimate” pregnancy, and adoption from the time period, with the voices of the mothers as they speak today about the long-term impact of surrender and silence on their lives.

Fessler is the recipient of visual art and film grants from the National Endowment for the Arts, the LEF Foundation, the Rhode Island Foundation, Rhode Island Council for the Humanities, Art Matters, NY; and the Maryland and Rhode Island State Arts Councils. Her work is included in numerous collections, including the Whitney Museum, NY; Museum of Modern Art, NY; the Center for Creative Photography, Tucson; the Museum of Fine Arts, Houston; and the RISD Museum. 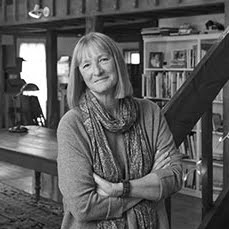