Antoine Revoy is an award-winning French writer, illustrator and designer. Revoy was born in Paris, France and grew up in Tokyo, Mexico City and Barcelona. After earning a BFA in Film/Animation/Video from RISD in 1999, he embarked on a design career, working as a visual and interaction designer in Dublin and Paris, while simultaneously freelancing as an illustrator.

Upon returning to the US in 2009, Revoy dedicated himself to working as an illustrator full-time, creating artwork for clients such as Der Spiegel, Harvard University Press, Hasbro and The New York Times. His work was recognized by the Society of Illustrators of New York, American Illustration, PRINT Magazine, 3x3 Magazine and Spectrum: The Best in Contemporary Fantastic Art. He has received Gold Awards from the Society of Illustrators of Los Angeles and Graphis, and his work has been exhibited at the New York Comic Con, the MoCCA Arts Festival, the Museum of American Illustration, Gallery Nucleus, the University of Rhode Island and the John F. Kennedy Center for the Performing Arts. He is a longtime instructor in RISD's Illustration department and an MFA thesis advisor at the School of Visual Arts in New York City. He has also taught college-level art courses in Kyoto, Osaka and Niigata, Japan and Beijing, China.

Revoy is the creator of the horror graphic novel ANIMUS (2018), which was distinguished as a 2019 Great Graphic Novel for Teens by YALSA, a division of the American Library Association, and was selected as one of the 31 Best Scary Comics for Kids. He is now working on a follow-up with publisher First Second Books, GHOST NOTES (due out in 2021). He lives in Providence with his wife, author-illustrator Kelly Murphy, and their many beloved animal companions. 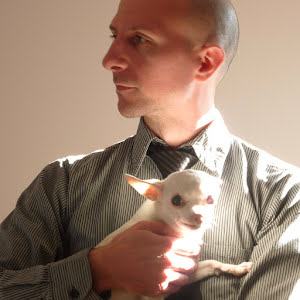