Avishek Ganguly is Assistant Professor in the Department of Literary Arts and Studies at Rhode Island School of Design. He received his MA, M.Phil and Ph.D in English and Comparative Literature from Columbia University, New York. He also has a BA (Honours) in English from Presidency College, Calcutta and a MA in English and Linguistics from Jawaharlal Nehru University, New Delhi.

Avishek Ganguly's research and teaching interests are focused on the various intersections between contemporary drama, literature, and performance and questions of translation and multilingualism, the formation of collectivities, and everyday life and urban space. He has also published articles on contemporary urban musical cultures in India and has a range of ongoing projects in South Asia-based comparative cultural studies (including popular cinema). A recent publication, “Politics and Periodicals in 1960s India” examines the growth of influential English language periodicals in the context of radical politics of the nineteen sixties. An article on “Theatres of Multilingualism” is forthcoming in a special issue of American Book Review on “Multilingualism and Literature.” Works in progress include an essay, and a book project based on his dissertation that looks at how multilingualism and translation gets figured across a range of contemporary dramatic and performance texts. 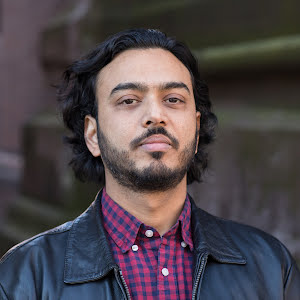