David Scanavino (b. 1978, Denver, CO) lives and works in New York City. A graduate of RISD (BFA Painting, 2001) and the Yale University School of the Arts (MFA Painting, 2003), Scanavino has shown widely in the past 10 years in New York and across the country. He has had two recent solo museum exhibitions: Imperial Texture at the Aldrich Museum of Contemporary Art, Ridgefield, CT and Candy Crush at the Pulitzer Foundation of Art in St. Louis, MO. He has had several solo gallery exhibitions with Klaus von Nichtssagend Gallery in New York, as well as solo and group exhibitions at Michael Benevento, Los Angeles; Marlborough Gallery Broome Street, New York; Team Gallery, New York; Bureau Gallery, New York; Marianne Boesky, New York; and Derek Eller Gallery, New York. His work has been reviewed in Art in America, ArtReview, The New York Times and the New York Observer, and in numerous other publications. 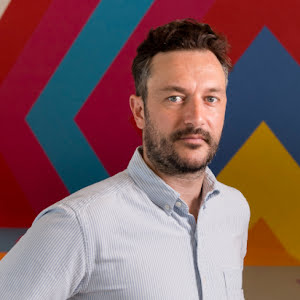