Jonathan Bishop Highfield is the author of Food and Foodways in African Narratives: Community, Culture, and Heritage (Routledge, 2017) and Imagined Topographies: From Colonial Resource to Postcolonial Homeland (Peter Lang, 2012). His recent publications include “Food and Foodways in African Narratives” in Décentrement et travail de la culture (Academia, 2017); “‘Here is some baobab leaf!’: Sunjata, foodways and biopiracy” in The Natures of Africa: Ecocriticism and Animal Studies in Contemporary Cultural Forms (Wits University Press, 2016); “Obscured by History: Language, Culture, and Conflict in Chinua Achebe’s Things Fall Apart and Chimamanda Ngozi Adichie’s Half of a Yellow Sun” in Critical Insights: Cultural Encounters (Salem Press, 2012), “No Longer Praying on Borrowed Wine: Agroforestry and Food Sovereignty in Ben Okri’s Famished Road Cycle” in Environment at the Margins: Literary and Environmental Studies in Africa (Ohio University Press, 2011), “Driving the Devil into the Ground: Settler Myth in André Brink’s Devil’s Valley” in Trauma, Resistance, Reconstruction in Post-1994 South African Writing (Peter Lang, 2010) and “‘Relations with Food’: Agriculture, Colonialism, and Foodways in the Writing of Bessie Head” in Postcolonial Green: Environmental Politics and World Narratives (University of Virginia Press, 2010). He has published essays in Antipodes, Atlantic Studies, Canadian Journal of Irish Studies, The International Journal of Environmental, Cultural, Economic and Social Sustainability, The Jonestown Report, Kunapipi, Passages and Rupkatha. He is also the co-editor (with Kwadwo Opoku-Agyemang and Dora Edu Buandoh) of The State of the Art(s): African Studies and American Studies in Comparative Perspective (Afram Publications, 2006).

Highfield has widely ranging teaching and research interests, but most of them exist at the intersection between postcolonial studies and ecocriticism. When he teaches Moby Dick , for instance, he focuses students’ attention on the movement of people and goods in the global capitalist system surrounding whaling and what Melville’s descriptions of the Pequod, its crew, and the whales they are hunting say about global, social and economic relations in the mid-19th century. He also wants them to think about how the multiplicity of voices reflect the life in a New England town engaged in the most lucrative capitalist venture of the age. His research interests also exist in this nexus of social justice, colony and ecology, often focusing on the role of food and foodways in novels, films and art. 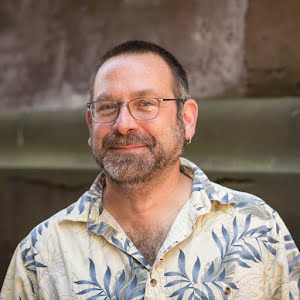