Kathleen Sleboda is an art director, graphic designer and illustrator. Her work crosses disciplines and often involves the acts of making, curating, collaborating and documenting. She is co-founder and design director of Draw Down Books and a curator of the website Women of Graphic Design. For the past 10 years she has designed books and printed materials for cultural institutions while lecturing and writing about graphic design, independent publishing, indigenous knowledge systems and the preservation of cultural heritage. Sleboda is also a principal of Gluekit and has worked on commissions for clients such as The Atlantic, Esquire, GQ, New York Magazine, Rolling Stone, Vanity Fair and The Wall Street Journal. Her work has appeared in more than 20 publications about design and illustration. Originally from San Francisco, she graduated from Yale University and the University of British Columbia and now lives and works in Connecticut. 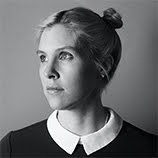