Lisi Raskin earned her MFA from Columbia University, School of the Arts (2003) and her BA with High Honors from Brandeis University (1996). Before joining the faculty at RISD, she taught at Tyler School of Art, Columbia University and Virginia Commonwealth University. She has led workshops, given lectures and served as a critic at numerous institutions abroad, including the Universitaet der Kunst in Berlin, Germany; the Royal Academy of Art in Stockholm, Sweden; Jan van Eych Academy, Maastrich, The Netherlands; and the Valand School of Art, Goteborg, Sweden. In the US, Raskin has been a visiting lecturer and critic at such institutions as the Mason Gross School of the Arts at Rutgers University, the University of Texas at Austin, Parsons School of Design, the University of Buffalo and the School of the Museum of Fine Arts in Boston.

Raskin has exhibited her work at the ICA at the Maine College of Art, Portland (2012) and created collaborative installations at the Kentucky Museum of Arts and Crafts, Louisville (2015) and Bunkier Stzuki, Krakow (2015). She has published web projects with the Dia Art Foundation, New York (2009), Triple Canopy, New York (2011) and Creative Time Reports, New York. She has had solo shows at PS1 MoMA (2006), Bard Center for Curatorial Studies/Hessel Museum (2008), The Blanton Museum of Art, University of Texas at Austin (2009), Art in General, New York (2014) and This Friday or Next Friday, Brooklyn (2016). Her work was also included in the 11th International Istanbul Biennial, Istanbul, Turkey (2009) and the Momentum Biennale of Contemporary Art, Moss, Norway (2013), among others. Since 2006, she has shown with Galleria Riccardo Crespi, Milan and has had numerous solo exhibitions in galleries including Guild & Greyshkul, New York (2007), Milliken Gallery, Stockholm (2008), Reception Gallery, Berlin (2010) and Churner and Churner Gallery, New York (2012, 2014).

Raskin was awarded a Creative Time Global Residency (2013) and the Guna S. Mundheim Berlin Prize in Visual Arts from the American Academy in Berlin (2005). Her work has been reviewed in such publications at Art Forum, The New York Times, The Brooklyn Rail, Hyperallergic and Flash Art International. Her work is in the collection of the Hessel Museum of Art, Annandale-on-Hudson and Bunkier Stzuki, Krakow.

She currently lives and works in both Brooklyn and Providence and is represented by Galleria Riccardo Crespi in Milan. 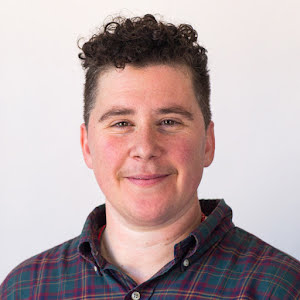