Molly Volanth Hall’s teaching concentrates on environmental humanities and British literature. Hailing originally from the Boston area, she earned her PhD from the University of Rhode Island and an MA from the University of New Hampshire, and she also holds an MEd. Her teaching and research interests include the environmental humanities, trauma studies and the relationship between nation, identity, and literature in 20th-century British and Commonwealth literature with a focus on the modernist period and its aesthetic afterlives. Her dissertation, which she is currently revising into a book manuscript titled Base Matters: Modernist Environments of War and Empire, investigates the impact of base material environmental aesthetics (images of mud, land, soil and stone) in World War I England and their effect on ecological epistemologies as they shifted during the 1920s and ’30s. She was the recipient of an Andrew Mellon Dissertation Completion Fellowship from the Council for European Studies and other research awards. She has taught both writing and literature classes that frame disciplinary inquiries from an environmental humanities perspective—especially interrogations of the perception of home in both its ecological and social senses. Her work on home-place also extends to pedagogic public scholarly inquiries into the topic of “homecoming” and war, most notably in the form of a RICH-funded public humanities event that she co-organized in 2016. Her research appears in the journal Interdisciplinary Studies in Literature and the Environment (ISLE), the Journal of Literature and Trauma Studies and several edited collections. She also recently co-edited a collection of scholarly essays titled Affective Materialities: Reorienting the Body in Modernist Literature (University Press of Florida, 2019). 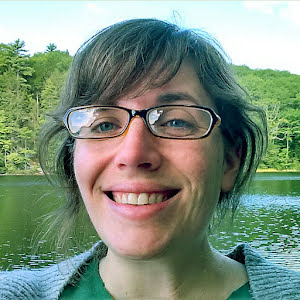