Nancy Friese is a painter-printmaker who works in open-air. Friese’s paintings and prints have been exhibited in 30 solo shows and 170 group shows, nationally and internationally. Friese was elected as a National Academician in the National Academy Museum and School in New York City and received two National Endowment for the Arts Fellowships and the Japan-US Friendship Commission Creative Artist Fellowship.

She was granted a Yale University Summer School of Music and Art at Norfolk Fellowship, Anne Bremer Award, and Wilder Traveling Fellowship during her artistic studies. She received a six- month Lila Acheson Wallace Giverny Fellowship, a Blanche E. Colman Award, Pollock-Krasner Foundation Award and a George Sugarman Foundation Grant for painting. Artist’s Resource Trust (ART) funded her exhibition and residency at Trustman Gallery. Her works are in 50 corporate and museum collections and over 100 private collections including the Museum of Fine Arts, Boston, the Los Angeles County Museum of Art, the Hammer Museum UCLA, the Spencer Museum of Art, and the Portland Art Museum. Her paintings and prints are represented by Cade Tompkins Projects. She has been represented by six galleries from New York to San Francisco. Tamarind Institute, Oehme Graphics, Mimosa Press and Sundog Press have published her works. Most recently she was an artist in residence at Andy Warhol's Montauk Nature Preserve administered by The Nature Conservancy.

In addition to earning BS and MFA degrees, Friese studied in the graduate painting program at the University of California, Berkeley, and studied painting and printmaking at the Art Academy of Cincinnati. She came to RISD with a joint appointment as head of Printmaking (1990–98) and as a member of the Painting department faculty and served as graduate program director. She initiated a teaching collaborative between RISD’s Graduate Studies division and Brown University during her subsequent tenure as dean of Graduate Studies (1998–2004). That collaborative has contributed to the advancement of collegiate-level teaching in the fields of art, design and architecture, has awarded teaching certificates to hundreds of RISD graduate students and faculty and was the precursor to TLAD’s Graduate Certificate in Collegiate Teaching. 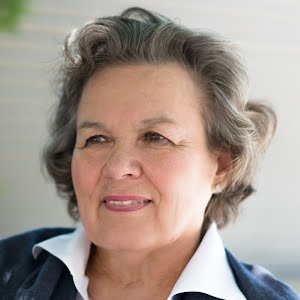