Nicole M. Merola focuses in her teaching on the environmental humanities and American literatures. She came to RISD in fall 2005 from the University of Washington in Seattle, where she received her PhD.

Merola has published scholarly essays on Charles Frazier’s novel Cold Mountain; on the ways landscape photography can intervene in politico-legal conversations about wilderness preservation; on photographer Jill Greenberg’s animal portraits; on Don DeLillo’s novel Cosmopolis; and on Lars von Trier’s film Melancholia. Her article “T.C. Boyle’s Neoevolutionary Queer Ecologies: Questioning Species in ‘Descent of Man’ and ‘Dogology’” appeared in the anthology America’s Darwin: Darwinian Theory and US Literary Culture, edited by Tina Gianquitto and Lydia Fisher. She has also published the articles “For terror of the deadness beyond: Arctic Environments and Inhuman Ecologies in Michelle Paver’s Dark Matter” and “Materializing a Geotraumatic and Melancholy Anthropocene: Jeanette Winterson’s The Stone Gods.” Her article “Engaging the ‘Eaarth,’” in Teaching Climate Change in the Humanities, focuses on climate change cultures in the context of art and design education. An article on the work of poet Juliana Spahr is forthcoming in the anthology Affective Ecocriticism: Emotion, Embodiment, Environment. Her current research projects focus on the roles literature, film and visual and performance art play in conceptualizing the Anthropocene. 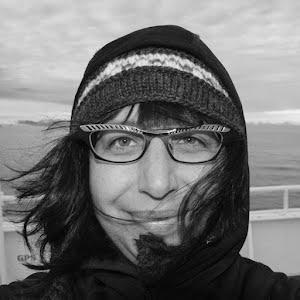