Robert Brinkerhoff was born in Okinawa to American parents and raised in Virginia. Since his arrival at RISD in 1996, his teaching has focused on illustration concepts classes and the synthesis of illustration and design. As an illustrator and designer, Brinkerhoff’s clients have included corporations, institutions of higher learning such as Massachusetts Institute of Technology, Brown University and Brandeis University, and regional and national magazines. His illustrations have stood out in numerous competitions sponsored by the University and College Designer’s Association (UCDA), the Council for the Advancement and Support of Education (CASE) and the Society of Illustrators, among others, and appeared in annuals such as Print, How and American Illustration. He has exhibited both nationally and internationally and has been awarded artist residencies in the US, Italy and the Republic of Ireland. Brinkerhoff has served as both the head of Illustration and chief critic for RISD’s European Honors Program in Rome. 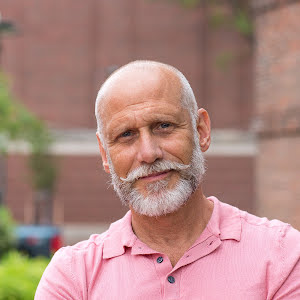