Although Susan Vander Closter started out in English and comparative literature with an interest in the 19th- and 20th-century novel, there was a moment when she considered focusing her attention on film studies. As a result of this long-term interest, she has made film an integral part of her work on narrative structure, both in her research and in the classroom. Her research on Vladimir Nabokov’s first-person narrators and the theme of memory led to work on the multi-volume novels of Joyce Cary and Lawrence Durrell, which in turn drew her attention to the connection between literature and the visual arts.

Before teaching at RISD, Vander Closter taught at a liberal arts college, where she introduced classes on the representation of painters in literature. This project evolved into an investigation of painting in fiction in her professional work. Her interdisciplinary work was supported by a teaching and research Fulbright grant at the Vrije Universiteit in Amsterdam. Since 1984, she has offered classes at RISD on the British novel, Italian fiction and film, the 19th-century French and Russian novel, contemporary fiction in translation, Latin American fiction and contemporary historical fiction, among other topics. She has participated in RISD travel courses, teaching in Mexico, France, and as a visiting scholar for the European Honors Program in Rome. Her most recent project was researching, editing and structuring Maryalice Huggins’ book on the decorative arts, Aesop’s Mirror, which was published by Farrar, Straus and Giroux in 2009 and shortlisted for the William Saroyan International Prize for Writing. 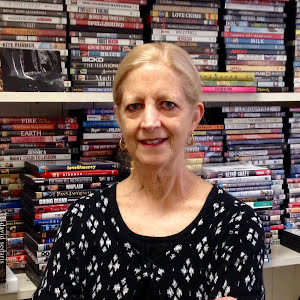