Born in Austin, TX, Victor Lara was educated at the University of Texas, Austin, the Cleveland Institute of Art and Yale University, where he received his MFA in 1967. He has been a professor of painting and drawing at RISD since 1973. His work has been the subject of two major one-man shows at Iolas Jackson Gallery in New York, and he has had one-man shows at Gallery 28 and MU Gallery, both in Boston. It has been discussed and reviewed in such publications as Arts Magazine, The Christian Science Monitor and The New York Times.

Lara was featured in a documentary on creativity for NBC’s Sixty Minutes Worldwide, which aired in Korea on March 14, 2006. He was awarded RISD’s John R. Frazier Award for Excellence in Teaching in 1987. 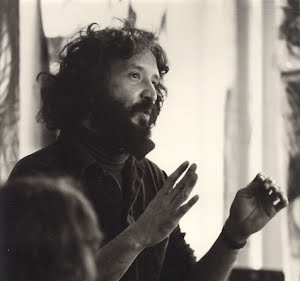