Furniture Design at RISD offers an intensive immersion in materials research and exploration in the process of making furniture and objects. Students investigate some of the most important questions facing designers today — from how to take advantage of changing technologies and new materials, to how to respond to variable economic conditions and evolving lifestyles.

Furniture Design majors are encouraged to experiment with a wide range of materials and approaches while focusing on human factors and sustainable, responsible design.

Weird as the Times

Work by five young Furniture Design graduates is featured in a DesignTO exhibition in Toronto called Themselves.

A partnership between the Furniture Design department and Mabeo Furniture in Botswana leads to spring exhibitions in Milan and NYC.

A multidisciplinary exhibition curated by seniors Hannah Bartlett 19 FD and Raina Wellman 19 GD reflects on chairs as both objects and symbols.

Furniture Design graduates go on to become thinker/makers who follow a variety of paths, from launching their own businesses making furniture and/or other objects to working as commercial product designers, teaching, running galleries and more.

Raised in Tijuana, Mexico, Tanya Aguiñiga now lives in Los Angeles, where her work is informed by border experiences and infused with cross-cultural influences. She sees furniture as a way to translate emotions into 3D objects, tell stories through color and touch, and encourage people to reconsider the objects they use every day. Aguiñiga's work has been exhibited from Mexico City to Milan and she has earned recognition via a prestigious United States Artists Fellowship, being named a USA Target Fellow in the field of Crafts and Traditional Arts. She is also working on new ways to combine furniture design and community activism.

After graduating all the same year, Theo Richardson, Charles Brill and Alex Williams repurposed their own last names to launch a NYC-based design studio called Rich Brilliant Willing. Since then they have made a distinctive mark in the design world by creating desirable products that are both disarmingly simple and totally user-oriented. In doing so, they have also earned broad critical acclaim, winning the ICFF Best New Designers Award and making Forbes’ list of the top 30 Under 30 design talent. 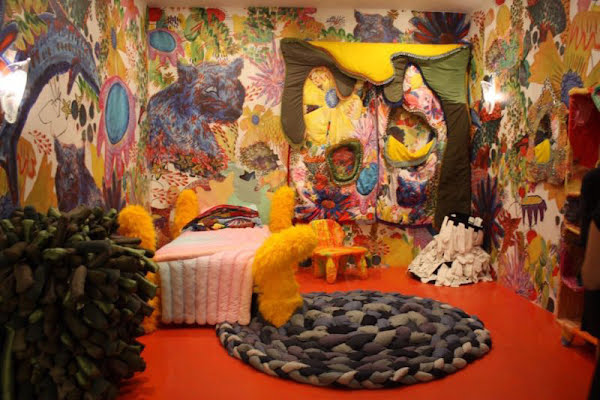 In her studio practice, Katie Stout creates playful furnishings that reflect her own personality and pop aesthetic. “I think it’s a reaction to growing up in a vanilla suburb where every other house was exactly the same,” says the furniture designer, who has shown work in Milan, Miami and NYC as well as on the cover of New York magazine. In 2015 the Brooklyn-based artist won the first Ellen’s Design Challenge TV competition, earning a reputation as a playful, audacious risk-taker who stands out on a national stage.