In a new book capping years of research, art historian Pascale Rihouet probes the meaning of materials in Renaissance processions. 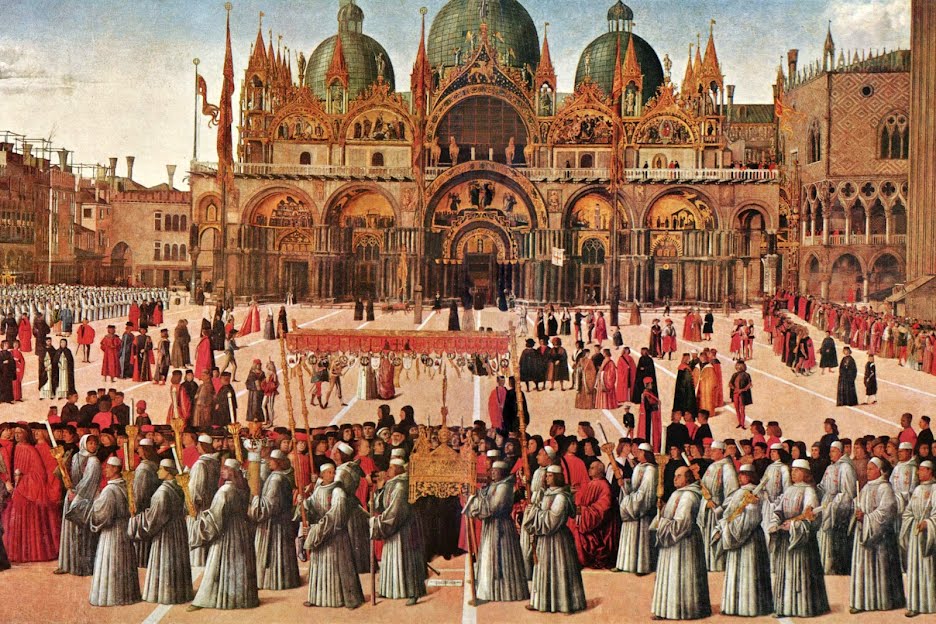 In Art Moves: The Material Culture of Processions in Renaissance Perugia, art historian Pascale Rihouet offers a nuanced analysis of the role of carefully crafted objects in the ritual processions of everyday life half a millennium ago.

“I think it’s the first book on processional objects from a non-liturgical perspective,” says the art historian, who teaches courses such as The Power of Images in Renaissance Italy, Premodern Worlds and Tea, Coffee or Chocolate? The Visual and Material Culture of Exotic Drinks in Pre-Industrial Europe in the Theory and History of Art and Design department.

Years in the making, Art Moves evolved from Rihouet’s doctoral research at Brown, where she originally studied as an exchange student from France in the late 1990s.

“This book is the result of many years of studies on both sides of the Atlantic,” she explains in the introduction, “writing my PhD dissertation and then entirely rewriting it” as further on-site research in Perugia revealed ever more interesting finds.

Contrary to the adage that a picture is worth a thousand words, Rihouet says that in the case of Renaissance paintings of processions, the “images don’t exactly speak for themselves.” With that in mind, she analyzes selected paintings carefully with a keen eye for parsing the meaning of every object made and/or carried by participants.

“I also look at things from an anthropological perspective,” Rihouet explains, “considering the people who were watching, participating in and organizing these public processions.”

In applauding the “scientific quality and innovative character” of Art Moves, prominent French medievalist Jean-Claude Schmitt notes that the “relatively new and growing interest” in material culture among scholars too rarely gets beneath the surface of how objects are made.

By contrast, “Rihouet shows that one must go further by asking how material realities—or objects in their infinite diversity—attain the immaterial values that processions set in motion, thus contributing to their symbolic efficacy.”

Rihouet credits the “skills and creativity” of her students for inspiring a deep investigation of material culture, and adds, “My exposure to brilliant artists and designers… at RISD led me to broaden my dissertation topic and examine a greater variety of crafted objects for this book.”

Polites Recognizes the Power of Place

An interview with Literary Arts and Studies faculty member Taylor Polites, who encourages students to engage with Providence’s rich history and diverse community.