Environmental anthropologist Myles Lennon shares a framework for transitioning equitably from an extractive energy economy to a regenerative one. 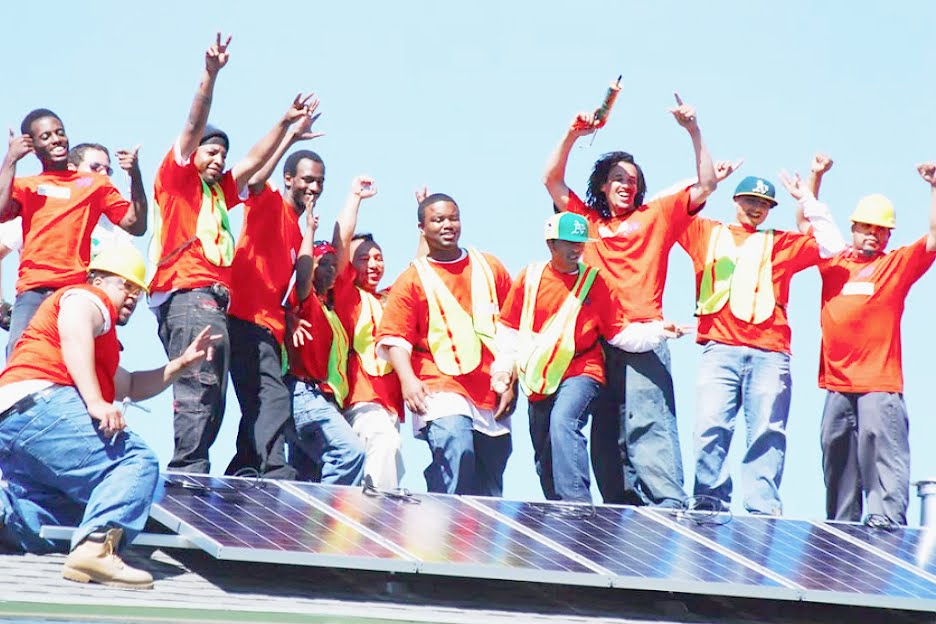 To celebrate Earth Day on April 20 (about a month after much of the world began quarantining due to COVID-19), filmmaker Michael Moore invited viewers to stream his 2019 documentary Planet of the Humans on YouTube at no cost. The film takes aim at alternative energy strategies and posits that the only way to save the planet is to stop the growth of the human population. But as environmental anthropologist Myles Lennon points out, the film’s “race-blind interrogation of humanity” ignores the sociological inequities of climate change and the fact that such global problems are inextricably linked to systemic racism.

Climate activists would be better served, Lennon suggests, by building on longstanding campaigns that challenge white supremacy, such as the Black Lives Matter (BLM) movement, which gained unprecedented momentum when the pandemic struck. “The COVID crisis generated a sense of urgency that sparked mass action around the world,” he notes.

Lennon points out that Planet and BLM have similar goals—exposing Americans to harsh realities—and that they both employ devastating videos to make their points. One difference, he says, is that BLM contextualized its video footage—the appalling moments when police murdered George Floyd—by linking it to the broader structure of systemic racism.

“We’re exploring and interrogating the many ways through which low-carbon futures are currently being envisaged, advocated, promoted or contested,” White says. “We began the semester by focusing on debates about the low carbon status of renewables and nuclear and then turned to consider broader social and political questions surrounding environmental justice and energy democracy. These latter fields are the mainstays of Myles’ research.”

While Lennon appreciates Moore’s attempt to challenge “techno-fixes” (the expectation that scientists will magically solve our environmental problems via new technology), he’s much more interested in laying out a framework for confronting the racial inequalities linked to the first wave of alternative energy solutions and mapping a more ethical path forward. “Suggesting as Planet does that solar energy is no different from fossil fuels is bat-shit crazy,” he asserts with a laugh.

“A just transition from an extractive energy economy to a regenerative one would shift economic control to communities, democratize wealth and the workplace, advance ecological restoration, drive racial justice and social equity, re-localize most production and consumption, reduce co-pollutants in all communities and restore cultures and traditions,” Lennon explains.

The first steps in any such transition would necessarily focus on a community-shared solar array and a movement to democratize the Public Utility Commission, rather than a blindered attempt to lower prices in what Lennon describes as “a race to the bottom. The pragmatism of the solarization model narrowly focused the movement on price reductions and ignored the broader racial and economic justice agenda,” he explains. “We need to shift the focus to means of production rather than means of re-duction.”

Bearing Witness Down Under

Students traveled to Australia over Wintersession for an intensive variation on RISD’s long-running Witness Tree course.