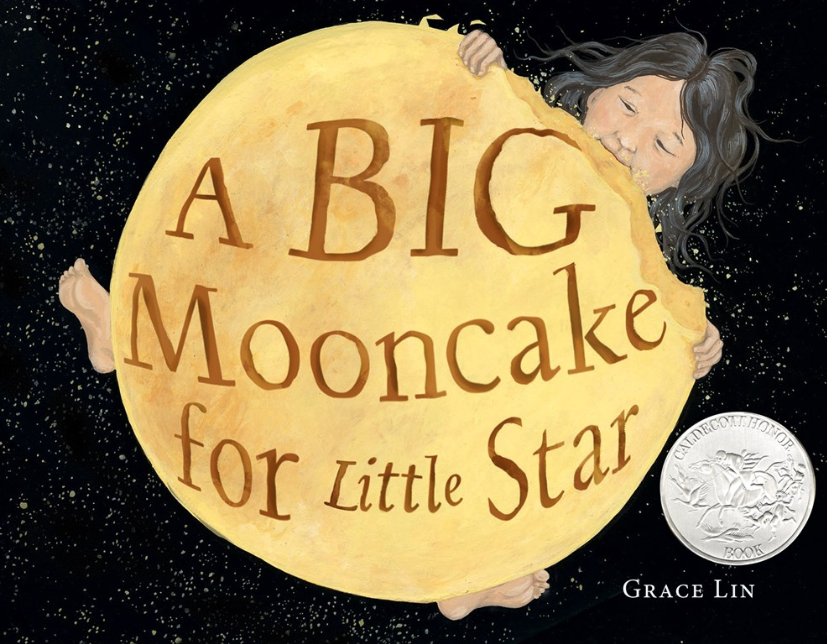 Author/illustrator Grace Lin 96 IL is one of four RISD Illustration graduates to be recognized with American Library Association awards this year.

“These awards are the Oscars of children’s books and are eagerly anticipated each year,” notes faculty member April Prince, a children’s book author and editor who teaches at RISD and also works with Professor Judy Sue Goodwin Sturges 66 IL and Studio Goodwin Sturges in helping aspiring author/illustrators to get published.

At its midwinter meeting in Seattle, the American Library Association (ALA) announced that author/illustrators Grace Lin 96 IL, Oge Mora 16 IL, Jarrett Krosoczka 99 IL and Antoine Revoy 99 FAV are among those honored for their exceptional contributions to the field this year.

Lin earned a Caldecott Honor for A Big Mooncake for Little Star (Little, Brown for Young Readers), which captures the traditions of the Chinese Moon Festival through the eyes of a child. The ALA lauds the ways in which her “detailed compositions and palette create a wholly original fable.”

An industry veteran, Lin has spoken in the past about not wanting to be pigeonholed as an Asian American author who writes solely about her multicultural background. But over time her confidence in her creative instincts has grown. “Being able to publish my work is a gift not meant to be squandered on something soulless,” she has said, “and my soul is Asian American.”

Based in Providence, Mora also won a Caldecott Honor, but in her case it’s for her first picture book Thank You, Omu! (also published by Little, Brown). Something of a love letter to her Nigerian-born grandmother (whom she affectionately calls “Omu,” the Igbo word for “queen”), the book for preschoolers makes use of colorful, collage-style illustrations to convey messages of generosity and inclusion.

The warmth of her illustrations also earned Mora a second nod from the ALA: the Coretta Scott King/John Steptoe New Talent (Illustrator) Award, along with the 2019 Ezra Jack Keats Award, given annually to one outstanding “new illustrator” and one “new writer.” In her author’s notes, she dedicates the book to the “countless powerful women who shaped [her] life” and calls it “a celebration of their loving, giving spirit."

Krosoczka, who has written and illustrated dozens of books for children in the past two decades, earned a YALSA for Excellence in Nonfiction for Young Adults for his graphic memoir Hey, Kiddo.

Chronicling his own experience growing up with a heroin-addicted mother, mostly-absent father and grandparents-as-guardians, the book has received a flurry of praise in recent months. In the fall it was shortlisted for the National Book Award and named an Editor’s Choice in the New York Times Book Review, and just this month, it was nominated for the Los Angeles Times Book Prize in the Young Adult category.

Finally, Revoy’s marvelous graphic novel ANIMUS has also earned a 2019 YALSA. This ghost/detective story draws on the French artist’s experiences growing up in Tokyo, along with his childhood love of reading traditional Japanese fables along with French bandes dessinées.

Paste magazine dubbed ANIMUS one of The 31 Best Scary Comics for Kids in 2018. “Good scary comics for young readers are rare,’ writes critic Steve Foxe, “which makes Animus and its seemingly Junji Ito-inspired art a must-read for anyone invested in the next generation of horror hounds.”

And for Revoy, a longtime RISD faculty member in Illustration, the genre seems to have staying power. He’s now hard at work writing and illustrating a second equally eerie graphic novel.