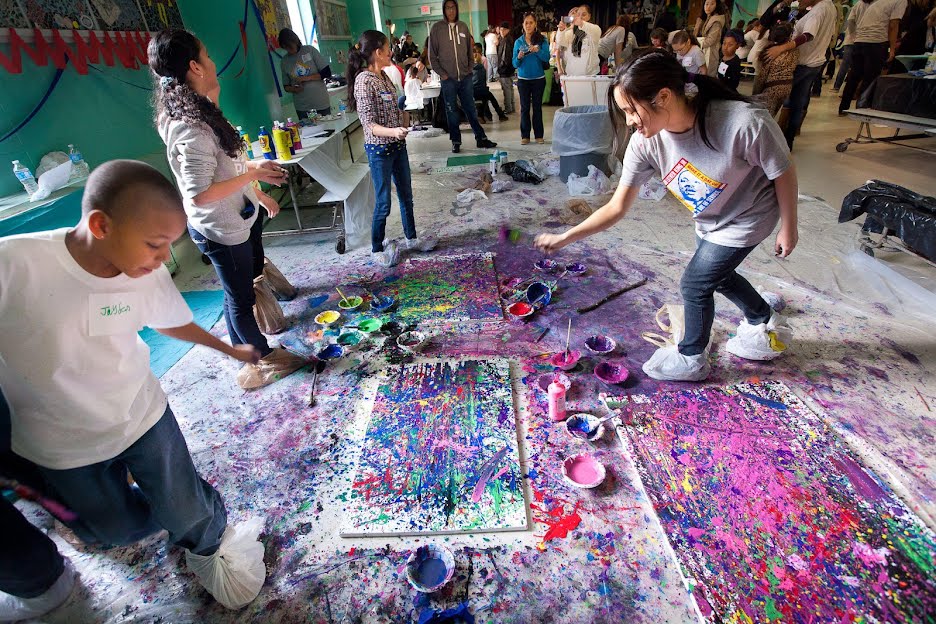 The Reverend Dr. Martin Luther King, Jr. Series acknowledges the life and vast contributions of Dr. King in creating a more just and democratic society. Through a variety of events and programming, it provides RISD and the local community with meaningful moments for service, reflection, self-development, inspiration and celebration.

At the heart of the series is the MLK Keynote Lecture, which highlights the role of creative endeavor in advancing democracy and equity and helps illuminate the sentiment that Dr. King articulated when he said “our lives begin to end the day we become silent about things that matter.” Each year RISD invites a speaker to campus who through their work upholds Dr. King’s values and whose service and commitment to justice make an indelible difference in the world.

In consideration of the ongoing global pandemic, economic mindfulness and the displacement of the RISD community during Wintersession, this year the Center for Social Equity and Inclusion offers an MLK Series Retrospective. This e-retrospective invites each of us to engage the richness within the Series’ past keynote addresses. Our hope is to provide our creative community with fresh inspiration and a renewed resolve to advance every cause of dignity, justice and equity for all.

In her acclaimed bestseller The New Jim Crow: Mass Incarceration in the Age of Colorblindness, Michelle Alexander peels back the curtain on systemic racism in the US prison system. With equal force and candor on stage, she breaks the silence about racial injustice in the modern legal system to reveal how mass incarceration has come to replace segregation. Alexander explores the myths surrounding our criminal justice system from a racial and ethical standpoint and offers solutions for combating this epidemic.

Delivering an emphatic wakeup call from the "colorblind slumber" that our country has fallen under, Alexander leaves audiences with a new perspective on the challenges facing the civil rights community and a call to action for a multiracial, multi-ethnic human rights movement for justice in America.

watch the keynote: Reflections on a Beloved Community
read the article: In Praise of King's Noble Discontent

Cornel West, a professor, philosopher, author and activist, is professor of the practice of public philosophy at Harvard University and a professor emeritus at Princeton University. He has also taught at Union Theological Seminary, Yale, and the University of Paris and has written and edited many books about race and democracy, including Race Matters, Democracy Matters and the memoir Brother West: Living and Loving Out Loud. His book, Black Prophetic Fire, offers an unflinching look at visionary 19th- and 20th-century African American leaders and their legacies.

West has appeared in more than 25 documentaries and films, including Examined Life, Call & Response, Sidewalk and Stand – in addition to his film debut in the Matrix. In communicating with a vast variety of publics, West is committed to keeping alive Martin Luther King, Jr.'s legacy of truth-telling and bearing witness to love and justice.

The writing of Roxane Gay garner international acclaim for its reflective, no-holds-barred exploration of feminism and social criticism. With a deft eye on modern culture, she brilliantly critiques its ebb and flow with both wit and ferocity. Words like “courage,” “humor,” and “smart” are frequently deployed when describing Gay. Her collection of essays, Bad Feminist, is universally considered the quintessential exploration of modern feminism.

Gay is a contributing op-ed writer for The New York Times, co-editor of PANK, and formerly nonfiction editor at The Rumpus. She is the first black woman to ever write for Marvel, writing a comic series in the Black Panther universe called World of Wakanda. Gay fronts a small army of avid fans on social media and, when she finds the time, she dominates the occasional Scrabble tournament.

read the article: Listening to Our Differences

Lee Mun Wah is an internationally renowned Chinese American documentary filmmaker, author, poet, Asian folkteller, educator, community therapist and master diversity trainer. For more than 25 years he was a resource specialist and counselor in the San Francisco Unified School District. He later became a consultant to schools, working with students that had severe learning and behavioral issues.

Lee is now the Executive Director of Stirfry Seminars & Consulting, a diversity training company that provides educational tools and workshops on issues pertaining to cross-cultural communication and awareness, mindful facilitation, and conflict mediation techniques. He is the author of the book Let’s Get Real—What People of Color Can’t Say & Whites Won’t Ask and his award-winning films include, Stolen Ground, about the experience of Asian Americans, The Color of Fear and If These Halls Could Talk, which deals with college students and their perspectives on race and racism.

watch the keynote: 1960s to Now: Process, Meaning and Impact through Making
read the article: Half a Century of Activism

An artist, educator and human rights activist, Emory Douglas served as the Minister of Culture for the Black Panther Party from 1967-80. Douglas has been heralded and is widely-known for his political drawings, graphic design and illustrations in the Black Panther Newspaper.

After his tenure as Minister of Culture, Douglas worked for 21 years as the layout artist and graphic designer for the San Francisco-based Sun Reporter Publishing Company. His work remains fully anchored in social justice and health with emphasis on the global consciousness and connectedness.

Civil rights activist, politician and onetime US Ambassador to the United Nations Andrew Young was one of Dr. Martin Luther King’s closest confidants. He served as executive director of the Southern Christian Leadership Conference, US Congressman (Ga) and 55th mayor of Atlanta.

Young’s strategy and leadership during the civil rights campaigns in Birmingham (1963), St. Augustine (1964), Selma (1965) and Atlanta (1966) supported the momentum leading to the congressional passage of the Civil Rights Acts of 1964 and the Voting Rights Act of 1965.

watch the lecture: Art in the Advancement of Democracy, Equity and Access
read the article: Telling Stories of Substance

Faith Ringgold’s oil paintings and posters, which she began making in the mid-to-late 1960s, carry strong political messages in support of the civil rights movement. With a varied artistic practice and career, her projects range from painting to quilts, and from sculpture and performance to children's books. From 1968–70, she demonstrated against the exclusion of black and female artists by New York’s Whitney Museum of American Art and the Museum of Modern Art.

Ringgold’s work has been included in numerous exhibitions devoted to political art, women’s art, contemporary quilts and African-American art, as well as in the Whitney Biennial (1985), and her impact has been recognized with numerous honors, including National Endowment for the Arts awards in sculpture and painting, a Guggenheim Memorial Foundation Fellowship and 16 honorary doctorates.

Anti-racism author and activist Tim Wise is among the nation’s most prominent anti-racist essayists and educators. He has spent the past 25 years speaking to audiences in all 50 states, lecturing internationally, and training corporate, government, law enforcement and medical industry professionals on methods for dismantling racism in their institutions. He is the author of seven books, including his highly-acclaimed memoir, White Like Me: Reflections on Race from a Privileged Son and Dear White America: Letter to a New Minority.

watch the lecture: Creativity and Democracy: Social Change Through the Arts
read the article: Glover Connects with Campus Community

With a portfolio of work grounded in community advancement and socially responsible art making, internationally acclaimed actor, producer and humanitarian Danny Glover embodies the impact that creative endeavor can have in advancing democracy and equity. His philanthropic and humanitarian work has been a constant in his career—from his early life as a student activist and community developer, to his more recent activities centered around advocacy for economic justice and universal access to health care and education.

A commanding presence on screen, stage and television, his film credits range from small, independent films to big Hollywood productions and blockbusters. Glover has earned Emmy nominations for his performance in the title role in the HBO movie Mandela as well as for his roles on television. As cofounder of Louverture Films in NYC, he is dedicated to producing films of historic relevance, social impact and artistic integrity.

watch the keynote: Creative Endeavor, Social Change and the Urgency of Advancing Democracy
read the article: The Revolution Starts Now

Founder and president emeritus of the Children's Defense Fund (CDF), Marian Wright Edelman has been an advocate for disadvantaged Americans her entire professional life. Under her leadership, CDF has become the nation’s strongest voice for children and families.

The first black woman admitted to the Mississippi Bar Association, Edelman served as counsel for the Poor People's Campaign that Dr. Martin Luther King, Jr. began organizing before his death, as well as the director of the Center for Law and Education at Harvard University. In 2000, she received the Presidential Medal of Freedom and the Robert F. Kennedy Lifetime Achievement Award.

watch the keynote: The Role of Artist as Activist
read the article: Art is a Weapon

Grammy, Emmy, and Tony Award recipient Harry Belafonte is a multi-talented artist and active advocate for human justice. Belafonte was the first Black performer to win an Emmy Award and the first ever recording artist to sell over a million copies of a single album with Calypso (1956). He has made history and shattered barriers as a singer, actor and TV producer while working alongside and in direct partnership with visionaries such as Dr. King, President Kennedy, and Nelson Mandela.

Belafonte’s career has served to mobilize artists and harness the Arts in the advancement of human and global civil rights. In 1985, he rallied the global artist community to address the famine, wars and droughts plaguing African nations. The result was USA for Africa and the song We Are the World,. Belafonte’s impact has spanned from UNICEF Goodwill Ambassador to the Black Lives Matter movement and global humanitarianism.

Through decades of activism and scholarship, Angela Yvonne Davis has been deeply involved in the quest for social justice in the US. A professor emerita of History of Consciousness at University of California Santa Cruz, her work emphasizes the importance of building communities of struggle for economic, racial and gender equality.

A persistent theme of Davis' work has been the range of social problems associated with incarceration and the generalized criminalization of those communities that are most affected by poverty and racial discrimination. She draws upon her own experiences in the early seventies as a person who spent 18 months in jail and on trial, after being placed on the FBI’s “Ten Most Wanted List.” Having helped to popularize the notion of a “prison industrial complex,” she now urges her audiences to think seriously about the future possibility of a world without prisons and to help forge a 21st century abolitionist movement.